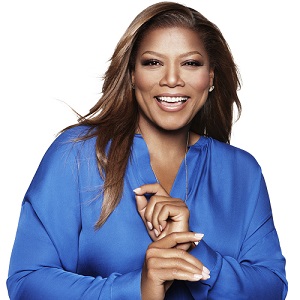 ANDY: [Latifah], Lauren B. wants to know: “Please tell me when you’re going to finally going to make your Broadway debut. I need to see you in Chicago!” Who even knows if that would be the role you would go into?

LATIFAH: Yeah. No, I’ll probably do something else. There was a big production that was offered to me and it became very successful and gained some Tony Awards and everything, but I just couldn’t work it into my [schedule]…

ANDY: Can you say what [production] it was?

ANDY: Was it recent?

LATIFAH: Mind your neck! I would love to do Broadway, but it would just have to be the right project and I just have to have the time. I’m very serious about Broadway. I’m not going to play around with that. I’ve got to come correct.

BG Notes: Mind your neck = None of your business/Mind your own damn business. Come correct = Do something right/Do something respectfully.

Broadway show she turned down:

[Optional] In what Broadway show/role would you like to see Latifah?