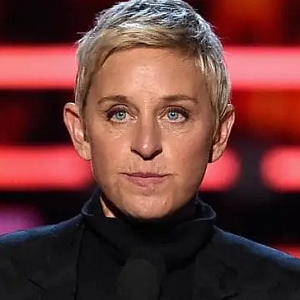 [Blind Gossip] You may have read by now that Ellen DeGeneres does not like it when the plebeians on her set try to speak to her… or even look at her.

We have a story to tell you about an actor who is the male version of Ellen DeGeneres!

This actor may be best known for his starring role in a TV comedy series with an eponymous title. However, he has also starred in dozens of movies, some of them very successful.

Despite the fact that he is a comedic actor, the people who work on his set do not find him funny.

That’s because he is a jerk.

Here is one example of how he made life difficult for the crew on the set of one film.

The movie that this blind item is about was filmed in the early aughts.

The crew was told that no one was allowed to look at [Actor] at all. They had to look down if he was near them. They also weren’t allowed to speak to him.

Even if they were only talking about him to someone else, they could not refer to him by his first name. He always had to be referred to as Mr. Actor.

The odd thing was that he liked to play basketball with the crew when he wasn’t filming.

However, the players were not allowed to talk to him, only to each other.

Clearly not a team player.

Also, the crew was required to wear sunglasses while they played basketball because he didn’t want to see them looking at him.

Yes, Actor is a bad boy. It’s unlikely anyone who has worked with him sees him as a knight in shining armor.

In fact, if his own momma knew how he behaved… she would probably do the right thing and whoop him!

By the way, the movie was a holiday release.

And it flopped at the box office.

[Optional] Why do you think “funny” people like Actor or Ellen DeGeneres are so nasty in real life?