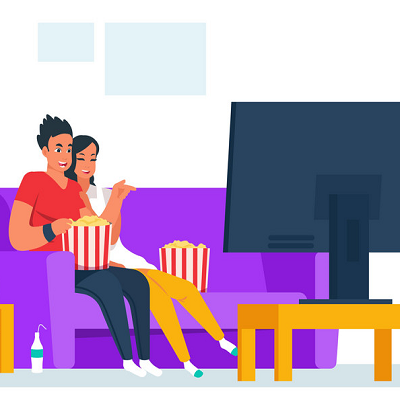 [Blind Gossip] Let’s talk about an upcoming production about the trials and tribulations of this famous couple!

We can’t say whether or not the TV production is any good as we haven’t seen it yet.

However, we can tell you that one celebrity is verrry interested in how they are going to be portrayed during a certain chapter of their life.

It turns out that the wife half of our couple has been looking for a sneak preview!

She may be pretending that she is not interested, but someone on her team has been making inquiries as to how they can procure a copy before it airs.

We don’t know exactly what purpose that would serve.

Is she planning on issuing some sort of statement before the show airs about the veracity of the story? About what really happened? About the accuracy with which the actress portrays her?

While she loves attention and loves to spin her own stories, none of that seems like a particularly good idea.

By the way, with all their connections in Hollywood, you would think that it would be easy for our couple to snag a copy before it airs.

For some reason, it’s not.

As of a couple of weeks ago, they still were not successful in getting a copy.

[Optional] Will you be watching? Always use real names and keep your comments civil.