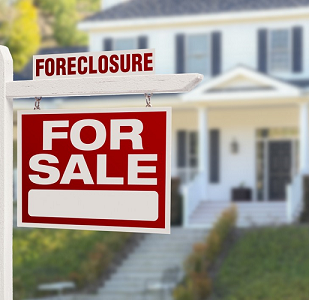 [Blind Gossip] This TV actor is engaged in a bizarre real estate fight!

You already know that he is in legal trouble. That led to his being fired from his TV show.

Without an income, he is now heading toward financial trouble as well.

That may have been the impetus for him to engage in a bizarre fight with his bank.

It’s complicated, so we’ll try to sum it up for you.

Basically, our actor filed a series of lawsuits against his mortgage lender claiming that they made some sort mistake on his mortgage. Because of that mistake, he believes that he no longer has to pay for his house!

He has stopped making his mortgage payments. He is demanding that the bank give him the house. He also wants them to pay him millions of dollars in damages.

A free house plus millions of dollars? That’s a big ask!

Of course, the bank disagrees with all of this.

It’s worth noting that our TV actor is making his legal case against the bank without the assistance of an attorney.

Perhaps he thinks he can make his case as well as a lawyer. Or perhaps he simply can not afford a lawyer.

If he does lose the case, our actor will have to pay for all those missed mortgage payments or else the house will go into foreclosure.

From where would he get the money? By passing a collection plate in church?

You already know that he lost his job, so that income is gone.

His friends are keeping their distance from him because of his legal woes, so it is unlikely that they would lend him anything.

His wife is an actress, but she really hasn’t worked a lot in the past few years.

Actually, given his mounting criminal and civil problems, we’re wondering if his wife will even stand by him through all this. We’ve told you before that her inner circle is telling her to divorce him.

So, in the space of just a couple of years, our actor could potentially go from starring in a TV show… to losing his freedom, his job, his money, his house, and his wife.

Similar: Freaking Out In Private