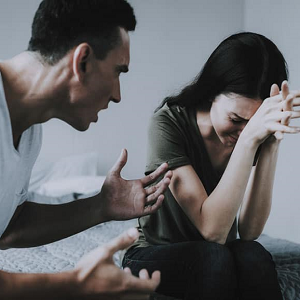 [Blind Gossip] This actress first became famous as one of the child stars of a movie that was headlined by a funny male actor posing as an authoritarian figure because he needed the money.

She parlayed that strong female role into a solid acting career that included several TV series, all oriented towards kids.

While our pretty and talented actress appreciated her acting career, her real love was music.

She has a decent voice and released a couple of albums years ago, but unless you are a big fan of hers, you probably couldn’t name any of her songs.

She recently made another attempt as a professional singer… which ended up with her being berated and threatened by several men in the industry!

A few of her [young female] friends who are singers collaborated with her and contributed vocals. She released a few of the songs online. No big announcement. Just did it.

Now, while most of us can hop online and sing a cover of a song or dance to a song on Tik Tok without any repercussions, Actress could not.

Her new music was literally pulled down the same day!

What happened? Well, we have heard two versions.

The first is that she didn’t have the legal right to release the music.

Although some of the songs came from other artists who collaborated with her and were even featured artists on the recordings, we’re not sure if they actually owned the rights to the songs or if their labels had to give them permission to perform.

Allegedly, a famous male music producer – who doesn’t have a doctorate in anything except harassing female singers – was particularly vicious in shutting her down.

He heard [one of his ex-clients] on one of the songs and immediately took legal action to block everything.

We will note that this producer has been battling his ex-client (a young female singer) for years now.

We’re not sure if he thought that the song or his ex-client’s performance violated his rights. However, given his long history of misogyny and trying to hurt his ex-client’s career, it would not shock us if he engaged an attorney to threaten our actress because she associated with his ex-client.

The other version of the story we heard also involves a man allegedly trying to shut her down.

Her management, who works closely with [her ex manager], read her the riot act.

He told her that she was a horrible singer and that this music hurt her image as a professional.

She deleted the album but was so upset that she went over to his house and broke his car window. He refused to press charges.

We do not know which version of the story is true. Perhaps a little bit of both?

In any case, our Actress has put her music career on ice once again.

At least she has a reboot of one of her old TV series to look forward to!

Others in this story:

[Optional] Do you think our actress is talented?