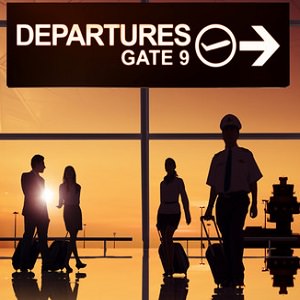 [Blind Gossip] You are at the airport.

You are a frequent flyer, so instead of sitting next to people with crying babies and oversized carry-ons, you have the luxury of waiting for your flight in one of those posh, exclusive clubs.

Sitting across from you is a movie star. Not just any movie star. One of the biggest action stars in the world!

You immediately recognize him.

You could scream, “Oh my god! I love you! I’ve seen all your movies a hundred times!”

You play it cool.

After all, you are both in the same lounge. For a few minutes, you are equals.

I decided to wait for a moment when he would look up from his phone. Then I was going to make eye contact and simply smile. I didn’t know what I was going to say. In the meantime I was trying to play it casual and simply look at my phone and glance around occasionally without staring directly at him.

Then he started making some noises.

He was sniffling a little. I thought about offering him a tissue.

Before our considerate traveler could make their move, our very famous, over-40, male action star made his move.

He stuck his thumb straight up into the opposite nostril, picked something out, looked at it, rolled it between his fingers for a few seconds, and then casually reached down and wiped it on the side of his chair.

I was so shocked that I just looked down at my phone and pretended not to notice.

It wasn’t over yet.

His nose was still bothering him. He was kind of sniffling in and out. Then he put one finger on the side of his nose and blew out.

This huge blob of snot the size of the tip of your thumb flew out of his nose… and landed a few inches from my feet!

I was shocked. I immediately looked up at him. I didn’t know what to say. “Ummm… Movie Star, did you just expel this shiny greenish pile that is now sitting next to my shoe?”

I waited for him to say something.

Our action star had no comment about the missile he had just launched.

He just got up, picked up his bag and walked away. I thought about yelling after him, “Excuse me! Sir? You forgot your giant pile of snot!” But I didn’t.

Don’t you love it when you meet your heroes?

Similar: Three People At The Airport

[Optional] Thanksgiving table conversation: Has anyone in your family ever met a celebrity? Who? What happened? Tell us your stories!