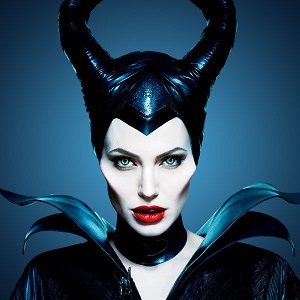 [Blind Gossip] These two celebrities both seem so nice that it’s hard to imagine them fighting.

The truth is, our actor is not so nice. That jovial persona just makes him seem amiable and easy-going.

However, you can’t dance around the fact that he chronically cheated on his actress wife during their marriage.

They have both moved on, but the custody battle is contentious.

There’s a fly in the ointment.

His girlfriend is in his ear, telling him that [His Ex] is his enemy now, and if he doesn’t fight for his kid, [His Ex] is going to create a whole new family unit and cut him out.

We have not heard anything about His Ex trying to cut him out of his child’s life.

And just wait until you hear to whom New Girlfriend compared His Ex!

She said, “If you don’t demand more time with your kid now, she’s going to turn into Angelina Jolie and make sure you never see you kid and that your kid hates you.”

Supposedly, that is why he is making this overreaching demands and asking for legal intervention.

There are three interesting things going on here.

First, the New Girlfriend (who is also a celebrity) is getting surprisingly involved in his custody rights.

Second, the Actor is listening to her.

Third, the both of them are now trying to portray his Ex Wife as evil.

It’s one thing to step up and be a responsible parent during/after a divorce.

It’s quite another for him to have been the cause of the divorce… and then for him and New Girlfriend to position His Ex as being the evil one!

[Optional] You’re the judge. What should the custody arrangement be?