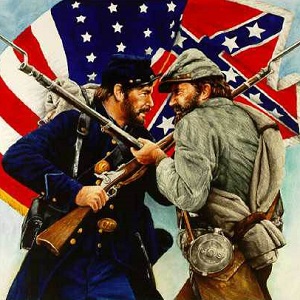 [Blind Gossip] Remember when we told you about that gifted actor and his ex?

They were at war with each other after a bad breakup. That made it difficult for them to be civil towards each other during the promotion of their film.

After being given a verbal smack down by the producers, they stopped being so nasty and instead fake-gushed over each other for the remainder of the promotion. Of course they still hated each other. And of course they went their separate ways five minutes after the promotional tour was over!

Guess which couple is suddenly “back together”?

It is not a coincidence that they got “back together” at exactly the same time that the trailer for his upcoming blockbuster is being released. In fact, there are about a $billion reasons why those two things happened at the same time!

Similar: Their Own Civil War

[Optional] How long do you think they will stay together this time? 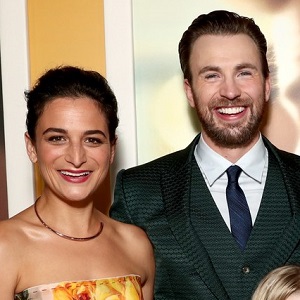 Chris Evans (best known for Captain America: Civil War) has dated over a dozen famous women over the past fifteen years. The only one he ever dated longer than a year was Jessica Biel.

Evans and Jenny Slate did a movie together called Gifted. Evans and Slate “dated” while the film was being prepped for distribution. By the time the movie came out in 2017, however, they HATED each other! The promotional tour for the film was agonizing for everyone, because they had to pretend they were still dating while screaming at each other behind the scenes. As soon as the movie promotional door was over, they “broke up.”

Chris Evans has another movie coming out in April 2018. It’s Avengers:Infinity War. Each Avengers movie so far has grossed over $1 billion. There’s a lot of money riding on making sure Infinity War opens successfully. Just as he began doing promos for that film, he and Jenny “reunited” and started “dating” again. What a coincidence!

Unfortunately, even actors can not always pretend to like each each other! These two HATE each other. so much so, that they weren’t going to make it through to the April premiere. Thus, the decision was made to announce a “break up” a month in advance of the premiere in the hopes that the topic will be seem old and irrelevant by the time the movie opens.

The break up was announced today. Then… did you notice how fast his publicists successfully buried that story?

Less than ONE HOUR after the break up was announced, the lead articles about Chris Evans were about how he might not be playing Captain America much longer! Oh my gosh! NOOOoooo! Say it isn’t so!

Guess which story the Marvel fandom is talking about? We’ll give you a hint: It’s not the dating story!

We’ve got to say, that was a seriously impressive move on the part of his PR team. Chris Evans: Give your publicists a raise. They’ve earned it!

Congratulations to Exit81 for being first with the right answer! Many of you picked up on the “gifted” and “Civil War” clues. Well done!