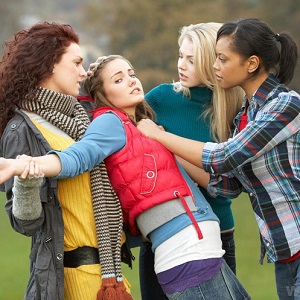 [Blind Gossip] When these two actresses were publicly feuding, their former TV cast mates had a choice. They could stay out of it… or align behind one or the other. One of the cast mates who was caught in the middle was extremely political about how she handled it.

The Canadian can’t do anything to help Middle’s career. The New Yorker – with her fabulous group of famous friends – can.

It was a well-planned power play. She privately reached out to [The Canadian] and pretended to be all sympathetic, but publicly supported [The New Yorker]. Very conniving and completely self-serving. She wants [The New Yorker]’s support badly.

[Optional] Do you think New Yorker will reciprocate and come through for Middle?