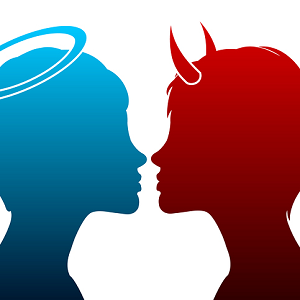 [Blind Gossip] There are two young female celebrities engaged in a feud that it quickly spiraling out of control!

Wholesome is an actress. She has done films, but she is primarily known for being the star or one or more Disney TV shows.

Wholesome looks like a very nice girl. She dresses conservatively, she speaks proper English, and she is respectful of people online.

Underneath, Wholesome may be a little naughtier than her outward persona.

She likes to slide into the DMs of older male celebs. Doesn’t matter to her if they have a girlfriend. She likes them dirty and druggy and covered in tattoos. She would love to hook up with a famous rapper.

Hoochie is almost the opposite of Wholesome.

She is a bad, bad girl. She became famous by being as loud and vulgar as possible. She calls herself a rapper, although we’re not sure if she actually possesses any talent.

Hoochie dresses provocatively and likes to pick fights with everybody online. It brings her attention, which brings her more followers on social media. That’s where she really makes her cash.

No, she didn’t jump her outside in the school yard or at band camp. She jumped her online. On social media.

It seems that Wholesome slid into the DMs of some boy that Hoochie liked, and Hoochie wasn’t having any of that.

She hopes that [Hoochie] won’t try to come to her house, but Hoochie does have [over 10 million followers] who are as crazy as she is.

[Wholesome] is talking to her lawyer about whether it makes sense to get a restraining order or if that will only make the problem worse.

Both of these celebrities are under the age of 20. 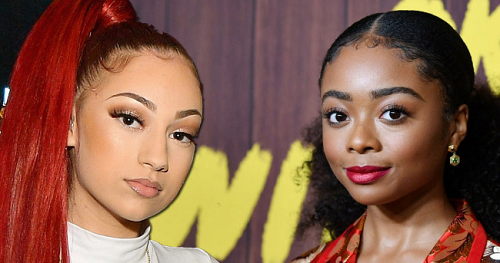 Hoochie: Danielle Bregoli a.k.a. Cash Me Outside Girl a.k.a. Bhad Bhabie

Your friends at Blind Gossip were the FIRST to tell you that Disney actress Skai Jackson was talking to her lawyer about filing a restraining order against “Cash Me Outside” girl Danielle Bregoli a.k.a. Bhad Bhabie.

And now she has!

Blind Gossip will translate all the teenspeak for you.

The authorities are getting involved in the feud between Skai Jackson and Bhad Bhabie.

E! News can confirm that the actress, 17, filed a restraining order against the 16-year-old rapper, née Danielle Bregoli, in a Los Angeles County courthouse on Thurs., Feb. 27. 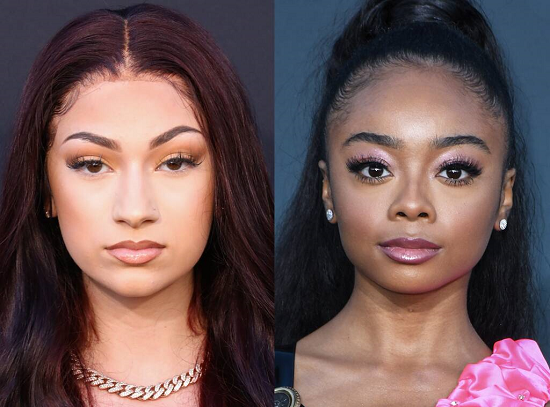 For those of you not familiar with teen celebrities, Bhad Bhabie, 17, is on the left and Skai Jackson, 16, is on the right.

Skai was motivated to file for the protective order after Bhad Bhabie went on Instagram Live two days ago and stated, “I will literally kill you.” According to Bhad Babie, Skai was trying to “get all up” with Bhabie’s boyfriend via a “finsta” and blocked her on Instagram and Twitter. “She’s moving sneaky. Don’t go post on your fake page,” the rapper said on her Live.

In the court documents, Skai states, “The harassment has caused me to be fearful of leaving my house by myself, and lack of sleep.”

Included in her filing are alleged Instagram messages exchanged between Bhad Bhabie and Skai. “I’ll dog you,” Bhad Bhabie writes, per the documents, to which Skai responds, “What is the issue now? I haven’t even said nothing about you. Don’t need any drama in my life. I’m good. If you heard/seen something it’s old. Ain’t nobody said anything.”

In another alleged message, Bhad Bhabie writes, “Shut your scary ass up… Imma get to you… Hide… That’s all Imma tell you… HIDE.”

Nonetheless, Danielle doesn’t seem to be concerning herself with the legal actions taken against her. “Y’all can play around on your finstas but I’ll always say what’s on my mind as cuz that’s who I am. Go get your restraining order , Imma go get checks,” she shared on Instagram Thursday. 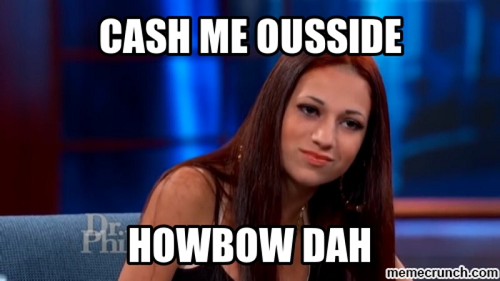 Anyway, the girls were feuding. Then their mommys got involved!

The Disney Channel star has not engaged in conversation with Bhad Bhabie in public. Skai’s mother, on the other hand, has shared words with Danielle and her mother on social media.

According to screenshots from the Shade Room, Bhad Bhabie went on Skai’s mother Kiya Cole’s Instagram to tell her to “get a hold of” Skai’s finsta, to which Kiya responded, “Let me tell you something little girl! I’m definitely not the one to be played with! Don’t come on my damn page with your trashy negativity! How about you just put your address or phone number in my DM and I will gladly have this conversation with your mother! I’m not having it.”

But Bhad Bhabie’s own mother decided to respond in the Instagram comment’s section. “Oh listen to you preach. Tell your daughter to stop speaking on mine and you think you are calling my daughter Ratchet? Remember I come from New York too,” she quipped.

BG Translation: “Ratchet” = a slang term in hip hop that probably derived from “wretched” and refers to an uncouth woman. The term seems to have crossed racial lines at this point and is used to insult anyone as low-class.

From there, the conversation devolved into a back and forth not worth repeating.

Meanwhile, Skai appears to be keeping her head down and staying above the drama. On Twitter, she shared with her followers, “I graduate in 2 more months! I can’t wait. College is next.”

Did you “cash” all the hints we gave you?

“Bad” for Bhad Bhabie, “Cash” and “outside” for “Cash me outside.” We also included the clue “camp” as Skai Jackson starred in Bunk’d,  which is set at a summer camp. 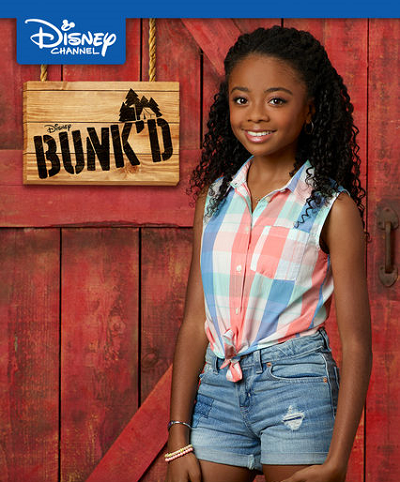 Congratulations to Alinaa for being first with the correct response!

Kudos to Omgimbackagain for doing a great job working those clues!

By the way, if you are not familiar with Bhad Bhabie, here is a clip from Dr. Phil that will help you understand just how that ratchet girl first became famous.