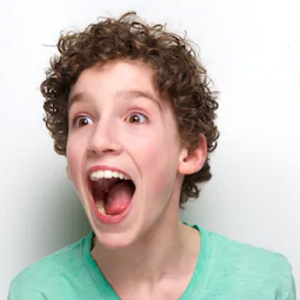 [Blind Gossip] Remember that young actor who was involved in an intense game of tonsil hockey a few months ago?

He was busy gnawing at the face of the actress daughter of a very famous actor.

They were obviously sooo in lurve!

Ha. While everyone hailed them as the hot new couple, we called it for what it really was: a way to market the the movie they had done together.

Have you seen them together lately?

They actually haven’t seen each other in a long time. Because they’re not really a couple.

However, our actor does have a movie release coming up for the holidays. If they are still a “couple,” they have to start warming up their relationship (and those tonsils) for photo ops!

We just recommend that our actor hang out with some women and practice his kissing technique a little beforehand if he’s going to go the PDA route.

He’s an actor. He can do this!

[Optional] Speaking of tonsils, can you name the little thing that hangs down in the back of your throat? It’s called a __________ .