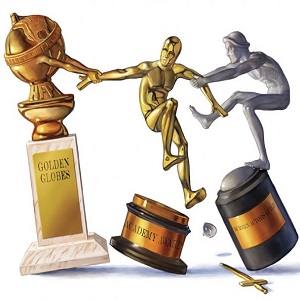 [Blind Gossip] Awards campaigns can sometimes get a little dirty.

In this case, somebody is trying to undermine this actor and his movie from being honored during awards season… by tying him to racism!

To be clear, the accusations aren’t about anything the actor has personally done. It has to do with dredging up one of his family’s relatives from more than a hundred years ago who may have owned slaves or taken part in the slave trade.

At the very least, it could certainly make things uncomfortable for the actor on the red carpet if some media outlet decides to make it a talking point out of it and put the actor on the defensive.

Similar: He Punched Her Ticket

[Optional] Is it reasonable to hold someone accountable for something their relative did generations ago?