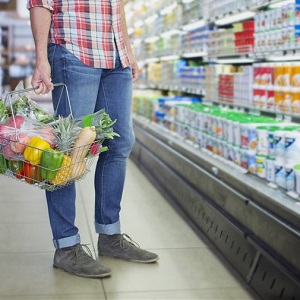 [Blind Gossip] This story is about two very famous celebrities who have nothing in common except for the fact that they both walked into the same small grocery store a few days apart.

The first man is a famous actor, best known for the very popular TV series in which he starred in the 1970s-1980s.

The second man is an iconic singer from a foreign country. He was in one of the most famous bands of all time and is a few years younger than Actor.

When Actor walks into our little grocery store, there are rules. Employees are not allowed to look at him or speak to him.

After two employees had the temerity to say “Hello” to him, our annoyed Actor went to the store manager and directed him to fire the offenders. He did.

After this happened, all the employees were are on edge about interacting with celebrities.

Singer walked into the same grocery store. Of course, all the employees knew who he was, but, given what had just happened with Actor, they were very cautious.

As Singer walked through the store, the employees looked away or looked down at the floor to avoid eye contact.

He stopped and said out loud, “What’s going on? Why won’t anyone say hello to me?”

One employee told him what had just happened with Actor.

Singer shook his head at the end of the story and said, “That’s ridiculous! Everybody come over and say hello! And bring your phone if you want to take a photo with me.”

Needless to say, the employees were delighted!

One by one, Singer had his photo with every single employee in the store.

Similar: Rude To The Crew

[Optional] What do you think of their different behaviors?