[Blind Gossip] All the success this athlete achieved in his life was destroyed by substance abuse and a series of bad choices. Despite his problems, though, he keeps saying that he is going back to work.

Actually, he can’t go back to work. He’s not training and he wouldn’t make it through the first drug test because he’s not sober.

When he is sober he gets really depressed because the reality of how he messed up his life is too much for him to deal with. So he goes right back to [using].

He is pretending that everything’s under control and that he just needs to take a little time off to get his head together and then he’ll be ready to go. We know it’s a lie, but we’re trying to support him anyhow.

Similar: Why Oh Why

[Optional] Do you think he will ever work as a professional athlete again? 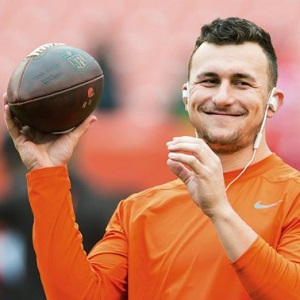 Back in 2016, Blind Gossip told you that Johnny Manziel was very depressed whenever he was not using drugs and alcohol.

Well, it turns out that there was a good reason for that. Manziel has now been diagnosed with bipolar depression!

Manziel is now sober, on medication, and working towards an NFL comeback.

In an interview with “Good Morning America” that aired Monday, Heisman Trophy winner and NFL bust Johnny Manziel said he has been diagnosed as bipolar and is taking medication for it. And his goal is to get back on the football field.

“I am watching all the other guys doing what I want to be doing and I am sitting on a couch being a loser,” Manziel said.

Manziel said he was diagnosed with bipolar disorder “about a year ago.” He added that he has stopped drinking, saying that he had used alcohol as a way of “self-medicating” as he battled depression.

“At the end of the day I can’t help that my wires are a little bit differently crossed than yours, I can’t help my mental makeup of the way that I was created,” Manziel said. “But I know if I stay on these meds and I continue to do what I am doing right now … I think my dad, my mom, I think [girlfriend Bre Tiesi], would all agree that they see a drastic change.”

Manziel won the Heisman Trophy at Texas A&M in 2012, becoming the first freshman to claim the award. And he was a first-round pick by the Cleveland Browns in 2014. But after two unremarkable seasons, he was out of the league.

He acknowledges there’s no one to blame except himself after the drinking binges documented on social media and a run-in with the law that included a domestic assault charge.

Manziel says he’s been working out and trying to convince some NFL team to give him a second chance.

“I don’t know what kind of comeback it will be,” he said, “but I know I want to get back on a football field to what brought me so much joy in my life and it makes me happy doing as my job.”

After that article was published, it was announced that Manziel is joining the Spring League (a developmental football league), so he’s definitely taking steps towards a comeback.

Please note that if you or someone you love is suffering from a mental illness, it is nothing to be ashamed about. It is a health condition just like any other, so don’t be embarrassed to get help! A good starting point is the National Alliance for Mental Illness. The NAMI HelpLine can be reached Monday through Friday, 10 am–6 pm, ET at 1-800-950-NAMI (6264). You can also check them out at NAMI.org.

We wish Johnny Manziel the best in his recovery and in his comeback.

Congratulations to Delightful for being first with the correct response!

Johnny Manziel is going back to work as a professional football player!

Will he be returning to the NFL? 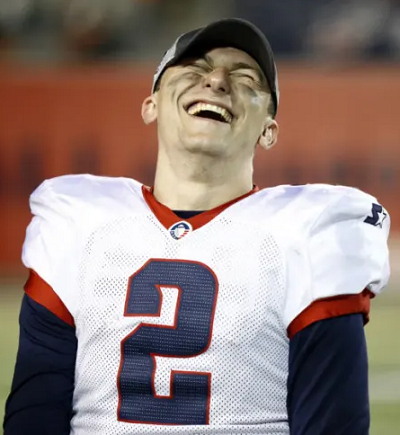 His long history with alcohol and drugs means that ship to sailed.

It’s not the NFL. 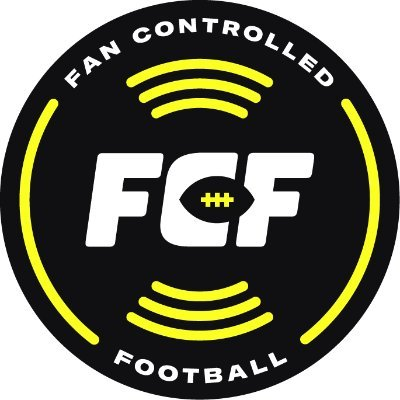 Johnny Manziel has agreed to resume his playing career with a startup league called Fan Controlled Football, he told ESPN this week.

The league, scheduled to begin play in February, will feature 7-on-7 games where fans set rosters, call plays and interact in a blend of traditional and esports environments.

Manziel, 28, connected with FCF co-founder and CEO Sohrob Farudi through comedian Bob Menery, a mutual friend. Manziel last played football in April 2019 for the Alliance of American Football and also has played in The Spring League and the Canadian Football League since the Cleveland Browns released him in 2015.

He said this week that he wasn’t looking to return to football at any level but was drawn to playing the FCF version on his own terms. Since the AAF folded, Manziel has moved to Scottsdale, Arizona, where he said he plays golf, throws the football in the backyard with friends, watches football on the weekend and has had a “normal, laid-back lifestyle” for the duration of 2020.

“Life gives you opportunities sometimes to do something that you would still like to do if it was in a different capacity,” Manziel said. “This has a lot of potential to just be a good time and still be football-centric. They’re going to let the people [who] join this league be who they are and have fun with it and be a little bit more free than what football is sometimes. That’s definitely what appealed to me. They don’t want me to change who I am or anything else. They want to come out, put a good product out and be fun with it.”

Farudi said the league will place a heavy emphasis on connecting fans with the players’ lives away from the field, via social media or other digital integration, making it “built for a guy like” Manziel.

The teams will play a six-week schedule, with games livestreamed on Twitch from a league-leased facility in Atlanta.

Seven on seven? Esports? Not serious football? Heavy emphasis on their lives off the field? Twitch?

A job that certainly won’t pay as much as this job did (approximately $7 million in his rookie year). 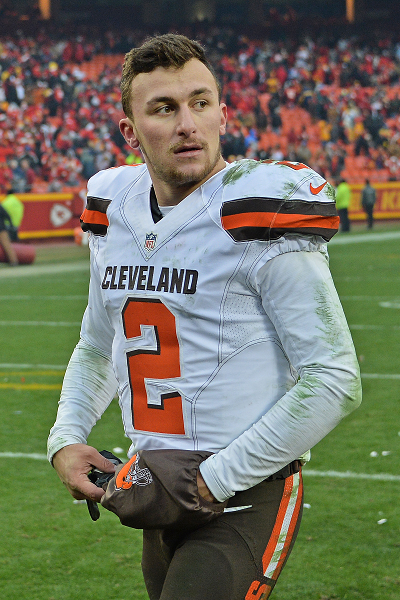 After his fall from grace, Manziel went on to sign with the Canadian Football League. He was cut for his off-field behavior.

Manziel then went on to the Alliance of American Football for a starting salary of $70,000 per year.

We do not know what Manziel’s salary will be with the FCF.

We hope – but do not know – that Manziel is sober. We also do not know what kind of testing requirements the league has to ensure that the players are healthy and drug-free.

We wish Johnny Manziel well in his new job!