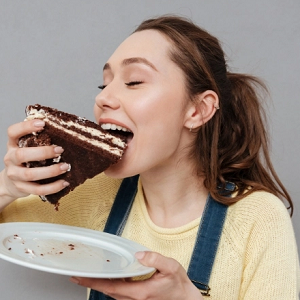 [Blind Gossip] We’ve talked about this singer before. She is always coming up with new stories to promote her various projects. Some true. Some eye-rolling in their creativity.

This one, though, takes the cake.

Her body was normal and healthy until she started hanging out with [redacted] models. Then she compared herself to them, especially [Friend]. They were about the same height and they kind of looked like sisters but [Friend] was twenty pounds thinner. The models were telling her, “Well, you could be a model too. You would look just like [Friend] if you lost the weight!”

So the models were actually her thinsperation.

After this, [Singer] lost twenty pounds in less than three months! People kept saying that she and [Friend] looked like twins. She loved that.

She didn’t lose the weight in a healthy way either. She basically starved herself. Her family was not happy about it.

How did she maintain the weight loss?

After that, she was always hanging out with the models, including [names redacted]. Those girls are all totally obsessed with their weight. They love sharing “tips” on how not to eat. By “tips” I mean “controlled eating disorders.”

Why is she now blaming the media and social media and anonymous comments for her eating issues?

What is she going to do? Name check a bunch of famous models and say that they’re the ones who got her into this sh*t? Nah. If she blamed them, she would have no friends left.

It’s easier for her to make the media look like the bad guys and get sympathy for it. If anyone says anything ever again about her weight, her fans will jump on them for being bullies.

So the purpose of her story is to redirect the blame… get sympathy… promote a project… keep friends… and shut up critics!