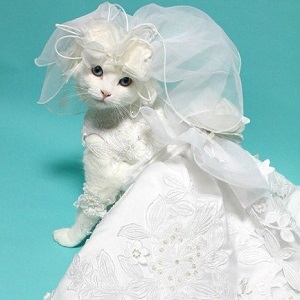 [Blind Gossip] This engagement was awkward for one particular celebrity.

No, it wasn’t her engagement… but it was still awkward!

What do you do when you and your newly engaged former best friend are on the outs?

A year or two ago, everyone assumed that this singer was going to be the maid of honor at future bride’s wedding. Now… no.

While the future bride’s other famous friends have popped up on various forms of social media to celebrate with future bride, the former BFF has been quiet. It’s not just on social media, either. She hasn’t called – or been called – to discuss the news.

However, these two are not about to get catty with each other in public! In fact, their publicists are hard at work smoothing over the rough edges.

[Singer] is actually talking to her P.R. team as to how to handle it. Even if she and [Future Bride] aren’t talking, the publicists will talk and work something out so that nobody gets embarrassed. Neither of these women are stupid. They know the social and economic power of at least maintaining the illusion of friendship. They are both good at faking a a lot of things, so this will just be one more.

So no public cat fight?

Not a chance. For being young celebrities, they are both very P.R. savvy. They are not going to make bitchy comments about each other or block each other on social media. They will both play nice and smile for the camera when the time is right.

[Optional] If you were Future Bride, would you invite Singer?