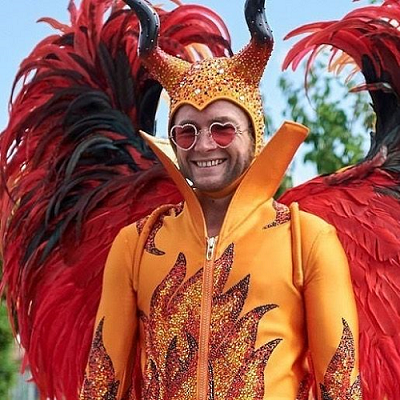 This entertainer has had a long and prosperous career.

She will not just be the subject of the movie. She will also be intimately involved in its production.

There is no other way to describe it: She’s a b*tch.

The story is about her, but she thinks she is also the smartest person on the production. She isn’t. She’s just the bossiest. She is a control freak and she is shockingly immature when it comes to handling conflict. Every single detail is her way or the highway.

It’s immaterial if you are the lead actor or a gaffer. If someone else who has never done your job is telling you how to do your job, it can make for a very stressful work environment.

People are already afraid to challenge her because they will lose their job if she decides she doesn’t want to work with them. Being constantly afraid of losing your job does not make for a good creative environment.

One other detail about working with her.

She has everything that everyone could ever want in life (fame, money, children) but she is the unhappiest, most completely f*cking miserable person ever.

She sounds like an absolute delight to work with.

There is an additional conflict going on right now that is half creative and half legal.

Basically, she wants to include stories that aren’t factual as if they really did happen.

This isn’t Rocketman. This isn’t about someone having a drug-addled fantasy. These aren’t fictional characters. These are supposed to be real stories involving real people. Lying about them isn’t creative license. That’s slander. She thinks those details will make the movie more shocking, but lying could get someone sued.

She has had a very colorful life. You would think that there would be plenty of real material from which to draw and she wouldn’t need to do this!

On the other hand, she has always loved to shock people, so that may be her reason for wanting to embellish the truth.

We don’t know even know what’s in the script yet, so we’ll all have to wait and see how this turns out.

In the meantime, let’s send out a little prayer to all those who have to work with her!

Similar: Don’t Talk About The Three Of Us

[Optional] What do you think of her? Will you go see this movie?