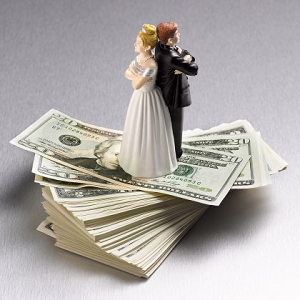 [Blind Gossip] If you are thinking that the story of this infamous woman marrying and divorcing doesn’t make any sense… you are right!

It does not make any sense if you are looking at it from the perspective of a law-abiding citizen.

However, if you look at it from the perspective of an attorney, it makes perfect sense!

She kept the marriage secret to facilitate the transfer of wealth into his name only.

She is divorcing him so that the funds won’t be considered communal property and thus can’t be used for victim compensation.

While she may have thought that what she was doing was legal, it doesn’t pass the smell test. It is likely that along the way that money is going to get clawed back.

Is her marriage based on love?

No, although her husband probably doesn’t realize it.

She is basically a talented con man playing him in what we call “the long con.”

How is she a con man?

She engages people, earns their trust, and then persuades them to do things that they would never ordinarily think of doing. It doesn’t matter if you are a young girl or a world leader. She knows how to work you and get you to cross ethical and legal boundaries.

How did she con him?

Over some period of time, she convinced him that she truly loves him and that he should dump his wife, marry her, and help hide her and her money.

He probably thinks that he is very smart… but he is really just an unwitting dupe.

He thinks that because he has known her for years, she did marry him, and she did give him most of her money that it means that she loves him and he can trust her.

However, for her, this is a transactional relationship like all other relationships in her life. She used him. You can bet your bottom dollar that she was planning to eventually get back every bit of her money (and maybe even take his, too).

Does her husband realize that she played him?

No, because he is still trying to help her. It may take him years to admit to himself that he got conned. Some victims never admit it.

So, for her, this relationship was not about love. It was about the long con.

[Optional] Do you feel sorry for her or her husband?