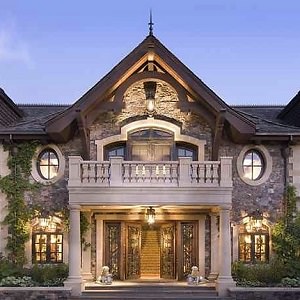 [Blind Gossip] While many people have considered moving this year, this male TV celebrity has taken house hunting to a whole new level!

While the rest of us drool over luxury listings on Realtor.com or Zillow or Trulia or Redfin, he is actually out there touring houses that are waaay out of his price range.

If you tried to tour these homes… well, chances are you couldn’t. Realtors will generally only take pre-qualified buyers on tours of these exclusive luxury properties.

So what he doing there?

He does not have a job. He does not have the net worth to do a cash purchase. In reality, he could probably realistically afford a house that is one tenth the price of many of the properties he is touring!

Is he hiding a secret stash of cash… or has he landed some billion-dollar business deal… or is he touring mansions to impress his very young girlfriend, who is the offspring of a couple of actors?

Close, but no cigar.

This is a simple public relations stunt.

Given that his entire family is prone to puffing up their egos, exaggerating their finances, and doing anything for publicity, he is merely keeping up with family tradition.

His girlfriend get publicity.

The realtors get publicity for themselves and their mansion listings.

Of course, this is all taking place in the Los Angeles area.

[Optional] Which member of his family is the biggest liar when it comes to money?