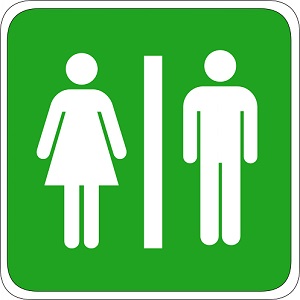 [Blind Gossip] This under-30 singer recently lost a potentially lucrative endorsement deal for a major company.

She came in for a meeting (not an audition). The meeting was less than an hour long, but she excused herself THREE TIMES during it to got to the bathroom. She said it was because her stomach was upset, but she came back sniffing and wired each time. We passed.

[Optional] What do you think she was doing during her bathroom breaks? 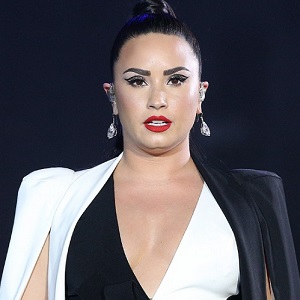 Demi Lovato is a drug addict. In the case of this particular meeting – where she was being considered to be the spokesperson for a product – she seemed to be excusing herself to snort some sort of drug in the bathroom. That’s why the company passed on her. We’re not naming the company.

Keep in mind that this was as a point in time where Demi was very publicly claiming to have been sober for years. We knew that she wasn’t.

We’ve been telling you her story for years. It’s the same thing over and over again.

She claims to be sober. We disclose that she is drunk or doing coke or whatever. She yells at us, calls us liars, sends us nasty emails. Then she goes to rehab again. Lather rinse, repeat.

And it gets worse.

She finally admitted a few weeks ago that she had relapsed, but gave no details.

1:48 PM PT — Paramedics found Demi unconscious when they arrived at her home.

1:28 PM PT — Law enforcement sources tell us Demi was treated with Narcan — an emergency treatment for narcotic overdoses — at her home. We’ve confirmed the OD occurred at her house in the Hollywood Hills.

Demi was out Monday night celebrating a friend’s birthday in West Hollywood, and we’re told she posted photos on her private Instagram of herself and others in the group. She seemed happy in the pics.

Demi Lovato was rushed to an L.A. hospital after suffering what appears to be a heroin overdose … law enforcement tells TMZ.

Our sources say Demi was transported by ambulance from a home in the Hollywood Hills just before noon Tuesday, and is currently being treated. We do not know her condition.

Demi has fought substance abuse for years … at one point she lived in a sober living home after getting released from a treatment center. She had been 6 years sober from alcohol, cocaine and Oxycontin.

Last month she released a song called “Sober” where she revealed she had fallen off the wagon.

Addiction is cunning, baffling, and powerful. We wish Demi Lovato well in her recovery.

Related: Back To Rehab

If you or someone you know needs help with a substance abuse problem, here are a few places that can help: