[Naughty Gossip] Ronan Farrow and The New York Times are both working on a MASSIVE new sexual abuser story!

They are both calling sources and employees at CBS to break the story on one of the biggest names.

The person they are investigating is as big as Harvey Weinstein!

This is going to shock the industry!!!

BG Note: CBS is a huge company, so this blind item could involve someone from any number of companies, including Viacom, Nickelodeon, The CW, CBS Television, CBS Radio, CBS Sports, Paramount Television, Simon & Schuster, or Showtime.

[Optional] Did you know that CBS once owned The New York Yankees? 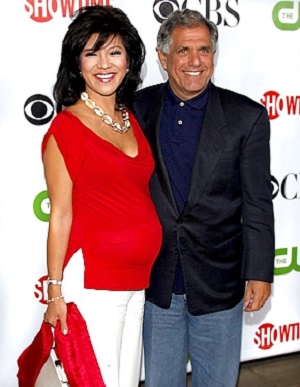 Les Moonves, CEO of CBS, is going down in a heap of scandal!

Moonves is being accused of having harassed female employees for decades.

See His Victims Will Be Over The Moon for all the details.

Les Moonves doesn’t just work for CBS. He runs CBS. Moonves is worth over $300 million, so he should be able to pay his legal bills.

While multiple outlets began researching the story early this year, Ronan Farrow is publishing his story first in The New Yorker. That story will be out today. The New York Times piece likely won’t be far behind.

Congratulations to Nacholibre for being first with the correct response!

Related: His Victims Will Be Over The Moon