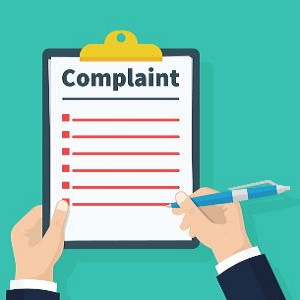 [Blind Gossip] It is not surprising that there is a lot of turmoil in the TV world right now.

Talk show hosts are doing their shows from home, production on existing series is shut down, and no one knows what is going to happen to the traditional introduction of new shows during the fall TV season.

Much of the industry is out of work and desperate for a paycheck.

Except for this guy. He has a job.

Actually, he has more than one job!

Still, he always finds a reason to complain.

When he starred on a TV show a few years ago, he whined.

Although he had equal billing and air time to [his female costar on First Show], he felt like he was subordinate to her.

Whiny started poking around for other jobs, eventually landed a part-time gig on Second Show.

His First Show costar was not happy. She had really pushed to get Whiny the job on First Show, so she was both annoyed and hurt that he was being so disrespectful by splitting his time and loyalties to go work on Second Show.

Here he was complaining about not being treated equally, all while disrespecting the person who advocated for him AND  sticking her with a larger burden of the work!

All that tension is not good for people whose job it is to be really cheerful and fun in the morning.

Even after he left, though, he continued to bad mouth First Show and his former costar and whine about his unequal treatment.

After being on Second Show for a while, Whiny got restless again.

He felt like the job wasn’t fulfilling and that he should have a larger role.

He should have been thrilled to be one of the stars of both Second Show and Third Show, right?

It turns out that he didn’t like the dynamics of Third Show either. His costars had great chemistry with each other but…

He thought the balance and the chemistry was off. He felt like a third wheel.

Well, Whiny doesn’t have to feel that way any more.

The network will make some excuse about ratings or programming, but [Whiny] just didn’t want to do it any more.