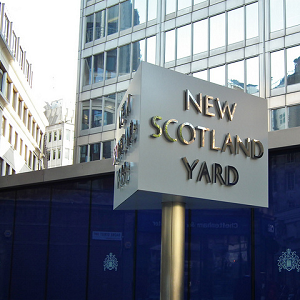 [The Sun] A married British Hollywood actor has been quizzed by cops over a mass*ge therapist’s claim he s*xually ass*ulted her.

He was interviewed under caution by Metropolitan Police officers at the end of June over claims he gr*ped the masse*se’s bottom and rubbed his priv*te parts against her at the end of an appointment.

The alleged ass*ult is said to have taken place at the actor’s place of work in London, The Sunday Times reported.

She had been hired by the actor to provide him with treatments up to twice a week.

The woman, who had been giving the actor mass*ges for a number of months, claimed it had left her “frozen” with shock.

She reported the matter to police on January 30.

In the months before the alleged attack, the woman and the actor had messaged each other more than 100 times.

On the day of the alleged attack, the woman said the actor tried to kiss her before the start of his mass*ge.

She alleged the actor, who was wearing only an untied dressing gown, then started to “touch me, touch my body, touch my bottom”.

In her account, the woman said the actor started to “rub himself on me”. She added: “My head was spinning. I was frozen.”

The actor has rejected the woman’s claims.

A spokesperson told The Sun: “Our client is aware of the allegations made.

“Our client categorically denies any unlawful conduct. He is cooperating fully with authorities.

“Due to the ongoing investigation, he cannot comment further and hopes to resolve matters as quickly as possible.”

A spokesman for Scotland Yard said: “On January 30, police were made aware of an allegation of s*xual ass*ult.

“A man has been interviewed under caution in relation to the investigation. Inquiries continue.”

[Optional] What do you think will be the outcome of this case?