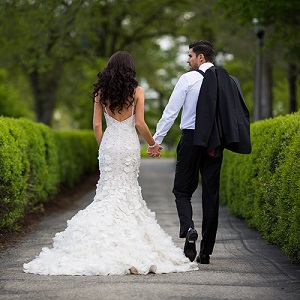 [Blind Gossip] A beautiful wedding. A happy bride and groom.

But not everyone is happy!

This singer is pretending that the fact that she didn’t attend this celebrity wedding is not a big deal. In fact, it was a VERY big deal!

She didn’t stay home because she was busy or wanted to take care of herself. She wasn’t even invited! And she fully expected to be invited. After all, she had been close friends with the groom and his family for many years.

So, what really happened?

It wasn’t [The Bride] or [The Groom] who initially said she should not get an invitation. It was [The Groom’s] father! He thinks that [Singer] is a liar and has screwed up too many times. After he said it was “inappropriate” to have her there, not a single member of the family stood up for her. [The Couple] was concerned that she might become the center of attention, so they were actually kind of relieved to let Dad play bad cop.

All of these people are performers, though, so don’t expect some sort of public feud. If they are ever in the same place, expect a lot of fake smiles.