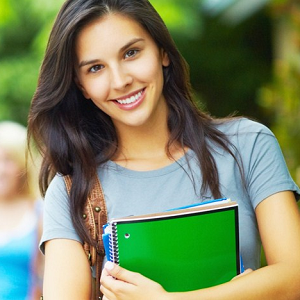 [Blind Gossip] Remember when this super celebrity was gushing with pride over the fact that their daughter was going to college?

Mom just loved to brag about how smart and talented her daughter was.

Seriously, you couldn’t shut her up about it.

How did she fare?

She had a famous name but that’s it. She was actually very average. Not terrible but definitely not great either. Just average. There were a lot of students in the program who were much more talented than her.

So the superstar’s daughter wasn’t exactly a superstar herself.

Was she at least a pleasure to go to school with?

She wasn’t very nice. She had a real attitude and thought she was so sophisticated and we were just a bunch of rubes but the truth is that she had a really foul mouth and was nasty and sarcastic.

Did she put in the work?

She seemed to expect to be the star of every production. When that didn’t happen, she was pissed. She said that she wanted to get work based on her talent and not who she was, but you could tell it came as a shock to her when she wasn’t being treated like she was special.

We knew a few years ago that Daughter had started skipping class. Did she continue her education?

She stopped showing up (not that she was going to class a lot anyway).

She would make excuses and take off for weeks at a time. She was always saying that she had to travel somewhere for “important work.” I don’t know what kind but it wasn’t like she was getting acting gigs or anything. At first she would say that she was coming back, but eventually she started coming back less and less.

I don’t think she finished even half her classes but I don’t know if they were drops or withdrawals.

Eventually Mommy stopped talking about how proud she was of Daughter going to college.

Because Daughter dropped out!

That’s right. They kept it very quiet. It happened a few years ago.

No cap and gown. No college diploma. No graduation ceremony.

Of course Daughter can still claim that she attended or is an alumna of said university. But she is not a graduate.

That brings us to the present day.

What “important work” is this incredibly smart and talented Daughter doing now?

No degree or actual talent required for either of those.

That attitude, sarcasm and foul mouth will certainly come in handy for attention, though!

[Optional]  Do you think Daughter would be working as a model if she didn’t have a famous Mommy?