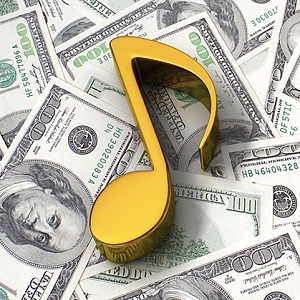 [Blind Gossip] This musical entertainer is worth well over $100 million.

He is quite famous, and whenever you see his events, they are always sold out.

He must be amazingly popular, right?

We have a little secret to tell you.

Those packed venues are the result of some manipulation.

[An opening act] was so excited to get booked to play with him in [city].

Of course they were. Performing before him would be great exposure for a less famous act.

His management contacted the venue to see how ticket sales were going. They were going well, but the event was not sold out.

Here’s where the manipulation comes in.

Since it was not completely sold out, [Performer] cancelled the show.

Just because it’s not completely sold out? Why would he do that?

He thinks that if any photos get out there of him performing to less than a sold out crowd, it would be very damaging to his image. It’s less damaging to just cancel the show and disappoint the fans.

By the way, since the show was cancelled, the opening act did not get paid. That’s how we found out about all this.

Was this a one off?

He does this ALL. THE. TIME. He does it because it works. He loses money on the performances he cancels, but he gets to brag that every time he performs, it’s sold out.

Why don’t the venues and the other artists straight up call him out on this instead of just dancing around the topic?

He is too famous. If they expose him, he might never work with them again or perform in their venue again.

That does put them between a rocky and a hard place.

The next time you see a photo of him performing to a sold-out crowd, just know that plenty of other people and venues got f*cked over in the process.

The only reason he enjoys the career he does is because he is an amoral, f*cking thieving bastard. Someone needs to expose him.

Similar: Not Even For Free

[Optional] Which living music entertainer do you think is the most amoral?