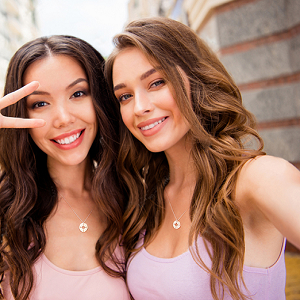 They would run around Southern California, shopping and dining and being seen.

Now they don’t even speak!

Let’s call them Snake and Poppy.

Neither one has made any kind of public statement about what happened to their friendship since the two had a falling out.

The timing of that falling out seemed to point to something having happened with Snake’s husband.

Close, but no cigar!

Well, Poppy and her husband have had marital difficulties more than once. While it’s hard to keep up with all the drama, these difficulties were serious enough that divorce lawyers were involved.

During one of those rocky periods, Snake was comforting Poppy as Poppy contemplated divorcing her husband.

What a good friend!

Except…. at the same time, Snake was also making a move behind Poppy’s back to see if she could snag Poppy’s husband for herself!

We do not know if Snake ever consummated the relationship with Poppy’s husband, but that’s almost beside the point.

By the way, if this story sounds familiar to you, it should.

Because Snake pulled this same move with a different friend in the past!

You might wonder why Snake would do this to her friends, especially since Snake’s own husband is rich and famous.

[Snake] is not happy in her marriage. She would never say that in public, but she is always looking around to trade up. She’s always liked the big, rich, athletic types. If he happens to be the husband of a friend… oh, well!

[Optional] Should Poppy forgive Snake and resume their friendship?

Previous Post: « Netflix Is Now In The Fake Dating Business
Next Post: He Proposed On One Knee »