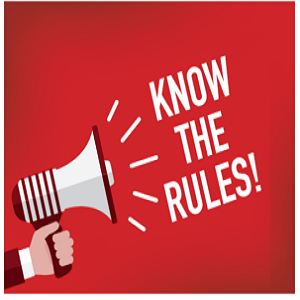 [Blind Gossip] This male celebrity is in big trouble.

However, he is not alone in his fight.

He definitely has the unflagging support of his family.

You may find it incredibly unfair that his family is supporting him but has not thrown a similar amount of support behind a female member of the family whose behavior has been questionable but not criminal.

We’ve told you before that this is not about gender or race or religion or anything else like that.

This is about loyalty and commitment… protecting the family… and playing by the company rules.

Because this is not just a family. This is a job.

When he ran into trouble, he did not whine or complain or try to handle it on his own or throw shade at his family.

He took his family’s counsel, used the family resources, toed the company line. He also specifically referenced his sorrow at having let the firm down.

He knows the rules. He sat down with family counsel and prepared his strategy and did what he was told. They will do everything in their power to defend him, regardless of his guilt or innocence.

Nephew Hapless engaged in some bad behavior a few years ago.

When he ran into trouble, he did not whine or complain or try to handle it on his own or throw shade at his family.

He took his family’s counsel, used the family resources, toed the company line. He also specifically referenced his sorrow at having let the firm down.

His behavior was stupid, but afterward he heeded family counsel and did exactly what he was told. That saved him.

She whined in public, refused the family counsel, hired her own outside legal and publicity resources, thumbed her nose at family customs, and then seemed to throw shade at them for not caring about how she was doing.

She should not be surprised that she is not being supported. She was explicitly told how things work and provided with all the resources and advice anyone could ever need to be successful. She thinks she is more clever than them and can play her own game with her own rules. There is no winning that game.

No matter what you do, the family will rally around you if you follow their long-established rules. If you do not follow their rules, there will be no rally.

You can shout, “That’s not fair!” all you want, but that is the way things are.

That is the way things have always been.

Family and loyalty above all else.

Similar: Jerkiness And Your First Priority 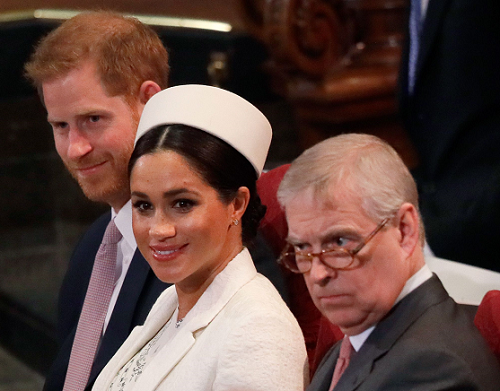 There is little dispute that the guy is an idiot and a perv and likely engaged in horrific criminal behavior.

We told you that his best chance for survival of this scandal would be to follow The Rules.

By that, we meant The Rules of The Firm (as the British Royal Family is known.)

The Firm is not just a family. It is a company. An organization. An institution.

The Firm has survived scandals for hundreds of years by adhering to some basic rules.

Had he taken his family’s counsel, used the family resources, and toed the company line, Prince Andrew might have survived this scandal.

And thus, he caused his own downfall.

Why? Because they are all financially tied to Andrew.

Yes, even though Sarah Ferguson and Prince Andrew divorced years ago, she still lives with him and depends on him to make money for herself. Fergie had also supposedly accepted a loan from Jeffrey Epstein to pay off some of her own personal debts, so her judgement was not exactly neutral.

Fergie and the girls all saw themselves potentially losing everything – money, reputation, connections – so they intervened.

Ignoring advice from the British Royal Family’s team of lawyers and publicists, Prince Andrew took advice from outside publicists, Fergie, and his daughters and decided to do the BBC interview.

They saw this as the “modern” way to handle the situation.

Get out in front of the story!

Explain that everyone else was lying and that he was the only one telling the truth!

Andrew’s ex-wife – known as Fergie – reportedly “encouraged” and “convinced” the prince to take the bold step of going on camera.

Fergie felt that Andrew, 59, needed to “get ahead” of the scandal and present “his truth” to the public, it has been claimed.

A royal source told Daily Mail: “Andrew has been relying on Sarah heavily. In fact she’s been the prince’s biggest champion and he values her opinion and experience.

“When the possibility of this interview arose, Sarah felt that it could be the best way of clearing his name while presenting the public with a look at the real Andrew.

“The interview gave him the chance to address the negative headlines rather than leave them unanswered and present his version of events.

“Given how damaging this scandal has been in the past six months, Sarah felt Andrew needed to get ahead of the matter to give his public image a better chance of recovery.

“She backs him to the hilt; and while this is unusual for a prince to go on TV, she felt that these were exceptional times and unusual circumstances.”

Andrew and Fergie divorced by mutual decision in May 1996 after 10 years of marriage.

The kids got involved, too. 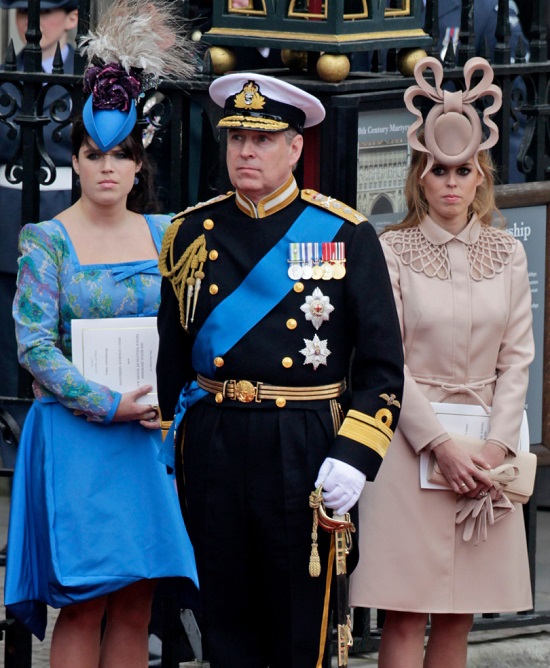 Prince Andrew’s daughter Beatrice is “in tears” over the fallout from her father’s disastrous TV interview — because she helped push for the sit-down, a new report says.

Princess Beatrice — who is the Duke of York’s elder daughter with Sarah Ferguson — encouraged the BBC interview, in which her embattled father badly fumbled while addressing his relationship with convicted paedophile Jeffrey Epstein, during discussions about whether he should do it, according to the Mail on Sunday.

“Even though she’s their daughter, both Sarah and Andrew rely on Beatrice’s judgment a lot when it comes to dealing with the public, as she’s got an old head on young shoulders,” a source told the outlet.

The royal daughter was initially sceptical about her dad sitting down for a televised chat, but she changed her mind after she joined him and his private secretary, Amanda Thirsk, for discussions with the broadcast team, the outlet reported.

“She was asking lots of pertinent questions and had her doubts,” the source said. “But by the end of the meeting, she was convinced by the Newsnight team and Amanda Thirsk that they had no choice – that it was the only way to put all the rumours behind them.”

By the way, Prince Andrew’s private secretary, Amanda Thirsk, had been consulting with publicists outside of the The Firm about what to do. That was dumb.

So, instead or adhering to the tried and true, Prince Andrew wound up listening to outside publicists and his secretary and his ex wife and his daughter.

The result was a bizarre interview in which the questions were not vetted in advance. That was really dumb. 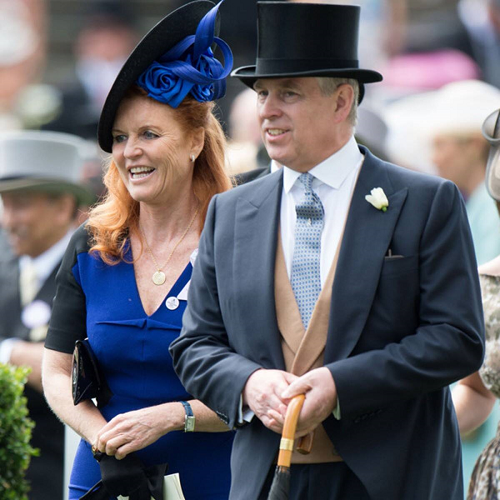 Prince Andrew sat down for a “no-holds-barred interview” interview this week during which he discussed his friendship with now-deceased sex offender Jeffrey Epstein and the sexual assault allegations made against him.

In a move to show solidarity, the British royal’s ex-wife and mother to his children, Sarah Ferguson, took to social media to praise his candidness in the conversation with BBC Newsnight’s Emily Maitlis.

“It is so rare to meet people that are able to speak from their hearts with honesty+pure real truth, that remain steadfast and strong to their beliefs,” she wrote on Friday.

The interview was actually an unmitigated disaster. 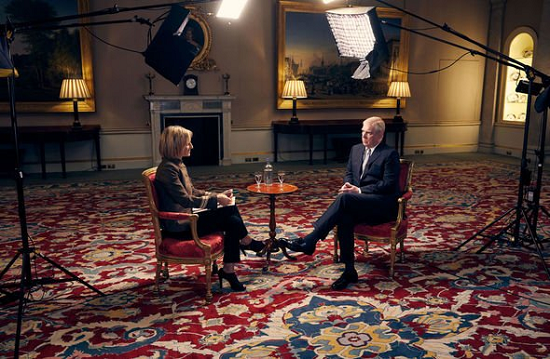 Between the bizarre denial that he ever sweats, the accusations of manipulated images, his claims of being in a pizza parlor when crimes were committed, and the eye-rolling explanations of his actual time with Epstein, Prince Andrew came off looking like a liar and a buffoon.

Afterward, Fergie and Beatrice and Eugenie tried to save themselves by saying that they advised him not to do the interview.

Lies. And too late!

Prince Andrew was then fired from his job. The wording used was “stepping down”, but, as his stepping down was involuntary, you know that he was actually fired.

Prince Andrew is to step back from all 230 of his patronages, it has been confirmed.

The move by the under-fire Prince seems to be an effort to protect the monarchy from further damage over the Duke of York’s association with convicted paedophile Jeffrey Epstein.

A statement from Buckingham Palace says: “The Duke has over 230 patronages.

Confirming the fact that he was actually fired were subsequent news reports about Prince Charles and Prince William having been involved in decision to fire Prince Andrew.

It was smart for The Firm to put that out there.

It distances the two successors to the throne from Prince Andrew’s misdeeds.

It also makes it seem as if they are more concerned about the health of the monarchy than about protecting a family member. 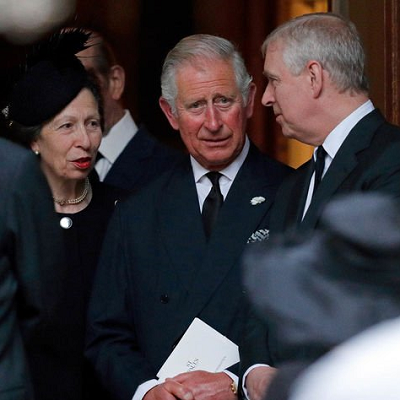 Prince Charles, who was in New Zealand undertaking royal duties abroad, is said to have told the Queen to effectively fire Andrew.

According to the Evening Standard, the senior figure said: “This is not about personalities, this is about protecting the institution of the monarchy itself.”

A senior royal source told The Evening Standard: “Both Her Majesty and the Prince of Wales, despite being on the other side of the world, have been monitoring developments with increasing alarm.”

“This is not about personalities but about safeguarding the future of the institution of the monarchy itself.

“There could be only one conclusion…The Duke of York had to withdraw from the fray and from public life.

“It is very sad. Obviously, both the Queen and the prince love Andrew…but the health of the monarchy is too important to risk.”

Then they distanced Prince William from Prince Andrew. 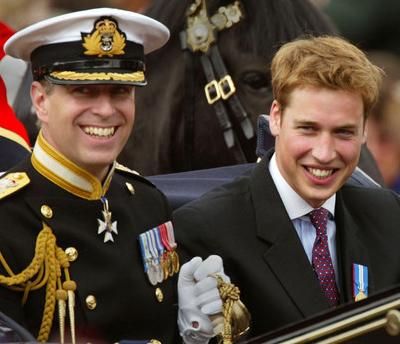 Prince William Reportedly Had a Hand in Prince Andrew’s Ouster

A report in The Times of London over the weekend said the move to dismiss Andrew from his official duties stemmed in part from efforts by his nephew, Prince William.

William, 37 and eventual heir to the British throne, is “not a huge fan of his uncle Andrew,” the paper reported.

The Times reported that Buckingham Palace is very unhappy with the interview, and that it was not set up through proper channels. While Queen Elizabeth II has put up a public view of support (mother and son were seen horseback riding at Windsor Palace recently) a source used the term “hoodwinked” in reference to the interview.

Andrew has not only stepped down from his public functions. His office was booted from Buckingham Palace.

Yes, those two releases were choreographed by The Firm.

Finally, Prince Andrew’s secretary – the one who consulted with outside publicists and encouraged him to do the interview – was also fired. 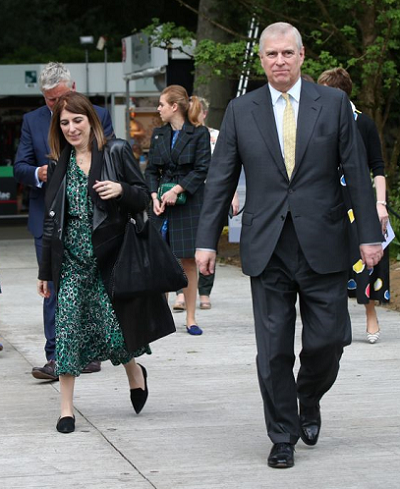 According to The Sun’s Dan Wootton, the Duke of York was forced to sack his most trusted royal aide Private Secretary Amanda Thirsk after his interview. The secretary was reportedly fired by Queen Elizabeth II over the duke’s TV interview which ended his frontline royal career.

Her Majesty was expecting her favorite son to fire all of his staff. The pressure from the horrified family members also forced Prince Andrew to cancel his planned trip to Bahrain via private jet over the weekend.

“It’s been a very grim 24 hours for Andrew. But it got even worse yesterday because he had to break the news to Amanda that the Queen will not continue to fund her role as private secretary,” a friend of Prince Andrew said.

This might have all been avoided if Prince Andrew had followed The Rules.

Other royals should take note: Do not mess with The Firm!

Congratulations to Alexis Rose for being first with the correct response!