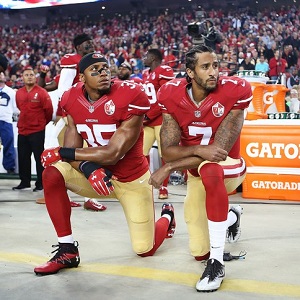 [Blind Gossip] You may already know that former professional football player Colin Kaepernick is holding a workout on Saturday in the hopes of being signed by another NFL team.

Like everything with Colin Kaepernick, this event is surrounded by controversy!

Eric Reid, a Carolina Panthers player (Go Panthers!) who was a teammate of Kaepernick on the San Francisco 49ers (Go Niners!), says that the workout “feels like a PR stunt.”

Since Reid is a friend of Kaepernick’s, it is not clear if he meant that Kaep was stunting or if the NFL was stunting.

Tom Brady, quarterback of the New England Patriots (Go Pats!), says that it is “pretty cool” that Kaepernick is getting an opportunity to prove himself.

Some NFL teams are going. Some are not. At last report, somewhere between eleven and twenty-four teams will have a representative in attendance.

However, one of those teams has no intention of signing him.

Their attendance is fake. They are sending someone only to avoid accusations of racism. They absolutely will not sign him.

We do not know how many of the other teams that will be there feel the same way.

We also do not know how many teams that will not be there who would like to sign Kaep but face too much negative pressure from owners or fans or sponsors.

The reality is that football is a form of entertainment.

In an ideal world movies would be cast or athletes would be signed based purely on talent.

In the real world there are a lot of other factors that come into play when deciding to make someone part of your team.

Colin Kaepernick has not played professional football in three years.

[Optional] Do you want your favorite NFL team to sign him? Why or why not? Please keep your comments civil.

Well, that was a mess!

The good news is that a full 25 out of 32 NFL teams sent representatives to the workout.

The bad news is that Colin Kaepernick did NOT show up!

Instead, THIRTY MINUTES before the workout at the Atlanta Falcons facility was scheduled to start, Kaepernick decided he did not like the arrangements.

He did not want to sign the standard waiver that the NFL provided.

He wanted to have fans watching.

He wanted to have the media in attendance.

He wanted to hold a press conference.

He wanted Nike to film a commercial during the event.

The NFL tried to accommodate his last-minute demands, but to no avail. 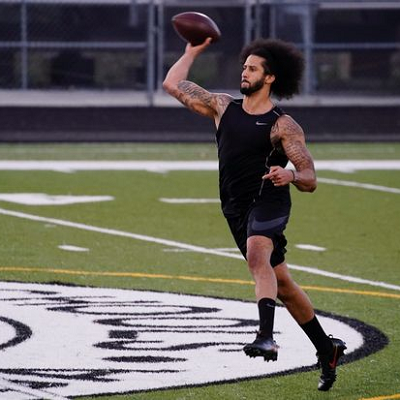 So, Kaepernick moved the workout to a high school an hour away from the original location.

Only 8 of the 25 teams decided to make the move with him.

They got there just as the sun was beginning to set.

Kaepernick threw the ball around, talked to the cameras, filmed his commercial, and signed autographs for the fans. 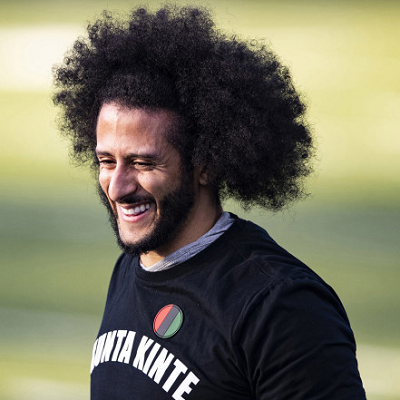 One final note. Kaepernick showed up at the high school wearing a Kunta Kinte shirt. Kunta Kinte was a character in the TV mini-series Roots. Was Kaepernick trying to compare himself to a slave?

What was point of that entire event?

Will any NFL team want him after all that?

Here is the statement that the NFL put out on Saturday afternoon after Colin Kaepernick’s workout was moved from the Atlanta Falcons’ training facility to a new location.

We are disappointed that Colin did not appear for his workout. He informed us of that decision at 2:30 p.m. today along with the public.

Today’s session was designed to give Colin what he has consistently said he wants — an opportunity to show his football readiness and desire to return to the NFL. Twenty-five (25) clubs were present for the workout, and all 32 clubs, their head coaches, general managers, and other personnel executives would have received video footage of the interview and workout, shot by the Atlanta Falcons video crew. It is important to note the following:

» As stated above, more than three-fourths of NFL clubs were present for today’s workout.

» The NFL made considerable effort to work cooperatively with Colin’s representatives. We invited his agent to suggest questions for the interview. Yesterday, when Colin’s representatives said he wanted to bring his own receivers to the workout, we agreed to the request. In addition, Coach Hue Jackson discussed with Colin’s agent what drills would be run at the workout so that Colin would know what would be expected of him.

» Last night, when Nike, with Colin’s approval, requested to shoot an ad featuring Colin and mentioning all the NFL teams present at the workout, we agreed to the request.

» We agreed to have Colin’s representatives on the field while the workout was being conducted and to allow them to see how it was being recorded. We did so even though we have been clear from the beginning that this is private workout. As is typical with NFL Combines, one video crew was prepared to shoot and distribute video of the interview and workout. We confirmed with Colin’s representatives that they would receive both the video that would be sent to all 32 clubs as well as the raw footage from the entire event, which is unprecedented.

It sounds like the NFL was really jumping through hoops trying to accommodate him.

The location Colin selected is more than an hour away from Flowery Branch.

We are grateful to the Falcons, who made available the club’s first-class facility, along with athletic training, equipment, and communications staff to ensure that today’s workout would occur under ideal conditions, to coaches Hue Jackson and Joe Philbin, who were prepared to run a workout that would allow Colin to demonstrate his skill level, and to Jeff Foster and the Combine staff for arranging for other players to participate and for managing the logistics of the workout.

Colin’s decision has no effect on his status in the League. He remains an unrestricted free agent eligible to sign with any club.