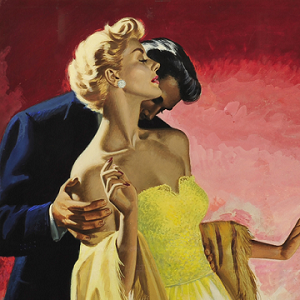 [Blind Gossip] This celebrity couple is endlessly entertaining to us.

It’s not because of their music careers, although their music has been delighting people for decades. Yes, we said decades.

No, it’s their personal relationship that’s the real entertainment!

We’ve been telling you for years that this is a marketing relationship.

It started out as a way to boost the ratings for a television show. Then it became a way for them to promote their individual careers.

And now – just in time for the holiday season – a joint music production!

Yes, people, there are things to sell! And what better way to sell them than by doing interviews about their “relationship” at the same time?

Of course, the romance narrative must be accompanied by this year’s excuse as to why they have not married after all these years.

By the way… that excuse? It’s a fake.

Gosh, how the heck are we ever going to have a wedding and a baby if they keep stalling like this?

[Optional] What do you think of her excuse as to why they can’t marry right now?