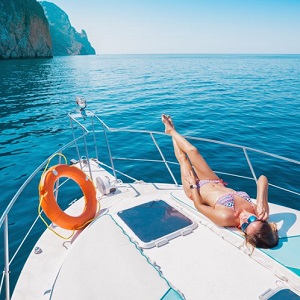 Your friends at Blind Gossip were the first to tell you that she was having his baby.

Then they got engaged.

It was very exciting there for a while… but now there is nothing but silence.

They broke up. He cheated. He has made several attempts to reconcile with her but to no avail.

It’s all about the lawyers now. They are not married so there is no alimony, but they do share a child so there is custody and will be child support.

They are far apart in the negotiations. He initially wanted ten times more than she (actually her father) is offering. Her father would only pay a price that high if it would get him out of the picture entirely.

Our male celebrity can’t feel too hot knowing that he blew a life that is practically a model of luxury and privilege. At least it will provide some consolation if he he got the top payoff possible to move on.

By the way, nobody seems to know if he really cares about the child so much that there is no amount of money that he would take to completely sever ties… if he is just using the child as a “hostage” to negotiate the biggest possible payoff… or if he is stalling on accepting any kind of settlement because he still believes he can win her back! 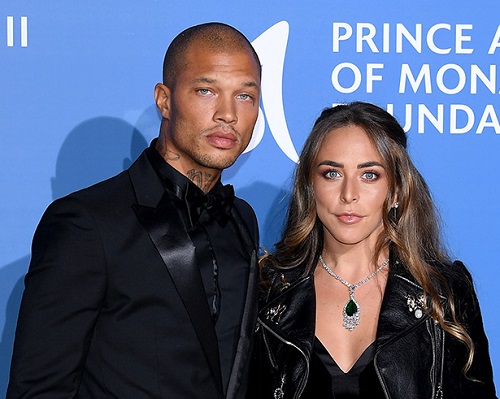 Oh, look at that! Just a few days after your friends at Blind Gossip told you that the Topshop heiress and the hot-felon-turned-model had broken up… here comes the formal announcement!

On the rocks. Jeremy Meeks and Chloe Green called it quits after two years together, a source exclusively tells Us Weekly.

“They split about two months ago, but are off and on still speaking,” the source explains, noting that the 28-year-old Topshop heiress is selling the pair’s London home.

News of the twosome’s breakup comes after published photos of Green kissing a mystery man on a yacht in the Mediterranean on Saturday, August 10.

According to the source, Meeks, who rose to fame as the “Hot Felon” in 2014 after his mugshot went viral, was “surprised” by the photos.

While Meeks teased engagement an upcoming engagement to Us in October 2018, the pair were plagued with split rumors less than a year later. Meeks shut down the split speculation in May 2019, writing that the pair were “still very much in love” via Instagram.

Why would he be surprised by the photos? They had already broken up a couple of months ago!

Perhaps he thought he actually had a chance of winning her back?

Ha. Not any more!

Did you notice that their was no mention of custody of the child OR of a monetary arrangement in the article?

That’s because – just as BG told you – those negotiations are still pending. It will go faster now that the breakup announcement is public and she has been seen with a new man.

It’s all over but the money…

Did you catch the clues? We managed to squeeze  “hot”, “model”, and “top” in there. Hot = Hot Felon, Model = Jeremy’s profession, and Top = Topshop. Kudos to those of you who caught all three clues!

Congratulations to SilverLining for being first with the correct response!