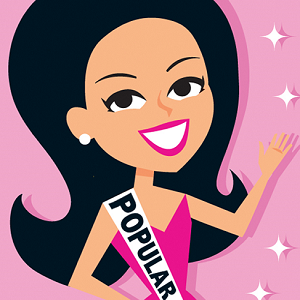 [Blind Gossip] This actress was the one who leaked to the media that her family member might be having an affair.

At the time we tried to give her the benefit of the doubt.

After all, she was new to the family. Perhaps she didn’t understand that family secrets must not be shared with anyone outside the family?

In retrospect, we may have been a little naive.

We’ve since learned that she has always loathed her sister in law. It was like one big competition for her.

She hated how much everybody – ESPECIALLY her husband – liked [SIL]. She hated how popular [SIL] was and how everyone saw her marriage and children as being so perfect. She hated that she would always have to stand or sit or walk behind [SIL]. She even hated how fat she felt standing next to [SIL].

That’s a lot of hate.

If she knocked [SIL] down a few pegs, it would make her own popularity go up. That’s why she leaked the rumor about the affair. It didn’t mater if it was true or not. She wanted to embarrass [SIL]. It would have been even better if it had killed their “perfect” marriage and split up their “perfect” family.

Yikes. That is cold.

Even colder are the other tricks she apparently had in her back pocket.

There were discussions of leaking all sorts of other, nastier rumors (substance abuse, bad mother, eating disorder) about [SIL]. Didn’t matter if it was true or not. Anyway, the timing of the affair rumor was just too perfect to pass up!

So, now that the two couple are getting a lot more distance from each other, the nastiness should stop, right?

Actress managed to take another swipe at SIL as she was walking out the door.

[Optional] Why does Actress do this?