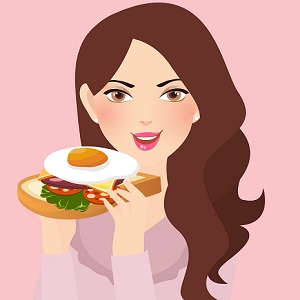 [Blind Gossip] These two well-known female models have been best friends for years.

They are both from famous families but are not related to each other.

Model 1 was in love with this successful young pop star for years. They dated on and off.

Model 2 was always supportive of the tumultuous relationship between Model 1 and Pop Star. She always told Model 1 to have faith that the relationship would eventually work out.

Model 2’s devious older sister, though, had a plan of her own!

You see, Older Sister wanted to have another baby. She practically threw herself at Pop Star – who is very rich and much younger than her – hoping she would “accidentally” get pregnant by him. Older Sister didn’t care that Younger Sister’s best friend, Model 1, was in love with him.

The family didn’t care about [Model 1]. Most of them thought it was funny and were rooting [Older Sister] on to get pregnant.

The only one who didn’t think it was funny?

She was furious when Older Sister tried to poach pop star from her BFF, Model 1.

This caused a huge fight in the family. [Model 2] and [Older Sister] actually stopped speaking for a few weeks!

Most of the family were fine with Older Sister poaching Pop Star from Model 1.

However, they went ballistic when a family friend had a fling with a man who had already broken up with another family member! How dare she!

So they can poach YOUR man… but prepare to be attacked and bullied if you try to poach one of THEIR men!

The good news is that Older Sister never got pregnant by Pop Star, and Model 1 won over Pop Star in the end.

The bad news is that most of Model 2’s family are still a bunch of hypocrites who are only looking out for themselves.

They only care about “Girl Code” when it benefits them and give them a story line that makes them look like the victims.

[Optional] What do you think of Model 2’s family?