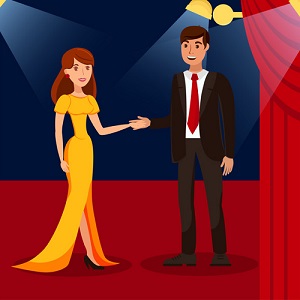 However, they sure are holding an awful lot of meetings about things that would purposefully propel them into the noisy spotlight!

Here is just one example.

It’s been meeting after meeting. They are doing a lot of strategizing. One debate right now is whether or not they should go to The Academy Awards. They absolutely COULD go if they wanted to go, but there is some discussion about whether or not they SHOULD go.

Arguments for attending The Oscars include a worldwide audience… and an opportunity to engage with all the most important people in the industry.

You know that they would love that big audience!

Our actress half of the couple has always dreamed of going to The Oscars. Since she is unlikely to get there based on her acting skills, this may be her big chance to go.

However, their appearance would grab the biggest headlines if it was a complete surprise. That means they would have to forego all those pre-event parties that are ideal for industry introductions and mingling if they wanted to avoid tipping off the media.

Arguments against attending The Oscars include not having a specific project to promote or support… and the logistics of arranging everything at the last minute.

Without a nominated person or project to support, their appearance would be seen as purely self-promotional. That could spur more public criticism, as well as potentially irritate those nominees on whom the spotlight should be shining that evening.

Of course, the logistics would be challenging given the size of their security staff.

We do not know which way this will go.

She does have a dress ready, though!

Similar: Will Lie For Oscar

[Optional] Should they go? What kind of life do you think they really want?

Your friends at Blind Gossip were the first to let you know that Prince Harry and Meghan Markle’s team was debating with the couple as to whether or not they should go to The Academy Awards.

Hello Magazine is now reporting that he couple was not only asked to attend the event… but to present the Best Picture Award as well!

The Duke and Duchess of Sussex turned down an invitation to present an award at this year’s Oscars ceremony, HELLO! can reveal.

Harry and Meghan were approached to present the award for Best Picture at this Sunday’s 92nd Academy Awards but according to a source, “they were honoured by the request, but declined the invitation”.

Organisers had hoped the couple would take part in the star-studded event in Los Angeles in what would have been their most high profile appearance since they stepped back from their roles as senior working members of the royal family last month.

It comes as royal sources confirmed the Duke and Duchess has attended a gathering for the banking giant JP Morgan in Miami on Thursday at which Harry spoke. A spokeswoman for the Sussexes would not comment on their private schedule, but HELLO! has confirmed that the couple attended the gathering in Miami where the Duke spoke.

By the way, the Best Picture Oscar went to the South Korean film Parasite, and was presented by Jane Fonda. 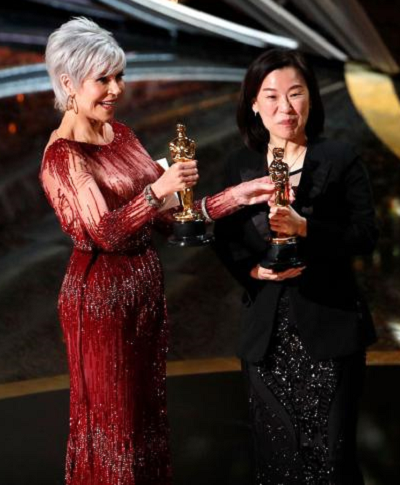 Back to Harry and Meghan.

We honestly don’t know if the Oscars presentation part of the Harry and Meghan rumor is true.

The rumor seems to be designed to make the couple look so incredibly popular and desirable and influential that they were asked to present Hollywood’s biggest award of the year… and so restrained and mature for declining.

The whole story is just very, very odd. Almost as if it was planted by a publicist.

We’ll leave it up to you: Do you think that Prince Harry and Meghan Markle were really asked to present the Best Picture trophy… and declined?

What do you think happened?

Congratulations to Harperleigh for being first with the correct response!