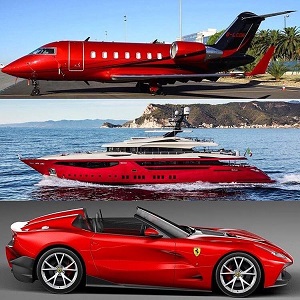 [Blind Gossip] This celebrity lives a lavish lifestyle that wastes more energy than some small cities.

Oddly, he says that he really cares about the environment and likes to lecture others on being kinder to the planet. Yes, of course it’s hypocritical.

He recently had to sell off one of his most prized possessions. He is saying that he did it because of the environment.

He had a tax problem and he was offered a huge amount of money, so he took it.

Yes, he is very rich, but even rich people have to watch their finances. Of course, he is trying to make himself look like he did it for more noble reasons.

He will likely move fast, though, to buy something else to impress his next young, model girlfriend!

[Optional] Who is the most hypocritical celebrity? Why?