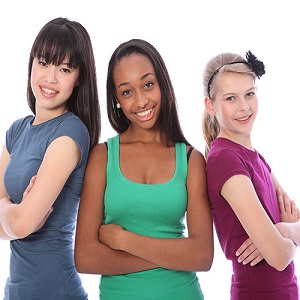 [Blind Gossip] There was a film screening recently, and a news anchor from a major network was there in an official capacity. The Anchor was accompanied by a bodyguard who was provided by the network.

The bodyguard, who was clearly in his forties or fifties, at one point walked away from The Anchor and began aggressively hitting on a couple of teenage female interns who were working at the event.

He was insisting to this young girl that she should go to dinner with him. It was creepy and making everyone really uncomfortable. She said no, so he started hitting on the girl next to her. They were working the event so they couldn’t even leave.

Someone finally went up to [The Anchor] and told him what was going on. They said something like, “Look, this is a professional event, and your bodyguard is hitting on teenage interns who are here to work. He’s being really aggressive and inappropriate.”

Did The Anchor intervene? No.

It’s a shame that The Anchor didn’t take the lead and intervene with his employee. Maybe he wanted to tap that himself?

[Optional] What do you think The Anchor’s network should/will do about this?