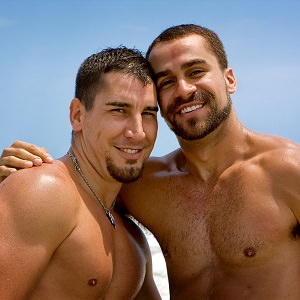 [Blind Gossip] This music man was the subject of some controversy during his recent tour.

Is it possible, though, that the controversy was designed to hide something else?

While all these women were making accusations, nobody noticed that [male athlete] was at every performance during that leg of his tour. Every single one.

We found out that the athlete was actually traveling with the musician the entire time!

Now, there’s nothing wrong with having a friend show up for a performance or two to support you. However, it is unusual to have a male friend who is not part of the tour join the tour for such an extended period of time. Especially when that friend has such a big career of his own.

It’s also interesting that right before the media could make the observation about this friend… there came sudden burst of rumors that made the musician look like a very studly and very hetero womanizer.

[Optional] Do you think the musician and the athlete are just friends?