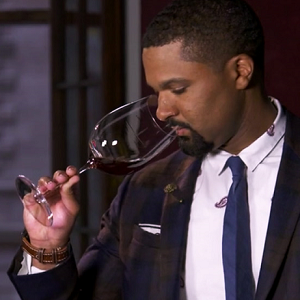 [Blind Gossip] Let’s talk about a celebrity whose behavior in private came as a shock to those who observed him!

He comes from a big American city. He used his experience growing up in the streets to forge a very successful music career, but never really lost that tough edge.

A couple of servers were surprised by his behavior during a dinner with some industry power players a couple of months ago.

He was dining with a group of businessmen and lawyers. He was impeccably dressed, and his manners were extremely formal and proper, but it all seemed very natural to him. He was soft-spoken and kind with the staff and called everyone “Sir.”

That does not sound street at all! Has he completely ghosted his past?

He knew which fork to use and which wine to order and exactly how to taste wine. He studied the list very carefully and ordered the 1982 Chateau Lafite Rothschild. It was not the most expensive wine on the list, but it was the perfect choice for their meal.

Just to be clear, he was definitely not being cheap. A 1982 Chateau Lafite Rothschild likely sells for more than $10,000 a bottle at a high-end restaurant!

We get a lot of moneyed people and a lot of celebrities in the restaurant, but he was memorable because there was a complete disconnect between his street background and the total gentleman he is in private. The staff could not stop talking about how impressive he was!

[Optional] Do you know how to properly taste wine? How did you learn?