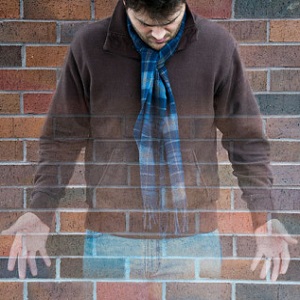 [Blind Gossip] This Singer is in the middle of a big film project. However, he keeps “disappearing” due to a “health problem.”

Let’s talk about his real problem.

His problem is the decades of allegations of the sexual abuse of young boys in the entertainment industry.

If he is having any sort of a “health problem”, it should be a chronic panic attack over the fact that karma and the law are catching up to our mercurial director. About time, right?

Look for him to get replaced on this project soon.

By the way, this Singer is much more likely to direct a musical than to perform in one. 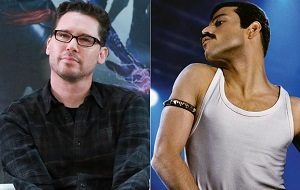 Blind Gossip told you that a mercurial Singer was about to get replaced on a film set.

Just a few hours later, director Bryan Singer was, in fact, fired from the set of Bohemian Rhapsody!

Singer was being replaced by director Dexter Fletcher.

Bohemian Rhapsody is the biopic about Queen lead singer Freddie Mercury. Mercury is being played by actor Rami Malek.

Fox Fired Me Over Sick Parent

Fired “Bohemian Rhapsody” director Bryan Singer is not copping to charges of bad behavior on the set of his Freddie Mercury biopic, instead saying 20th Century Fox booted him after he prioritized the health of an ailing parent over his film.

“I wanted nothing more than to be able to finish this project and help honor the legacy of Freddie Mercury and Queen, but Fox would not permit me to do so because I needed to temporarily put my health, and the health of my loved ones, first,” Singer said through his lawyer Andrew Brettler of Lavely & Singer.

Production on the film stopped on December 1, with a Singer rep saying a family health matter pulled him away. Fox confirmed the unplanned hiatus citing only Singer’s “unexpected unavailability.” When TheWrap reported on Singer’s firing earlier on Monday, numerous insiders said Singer was exhibiting a string of troubling behavior stemming mostly from prolonged absences and lateness.

As for those health issues… Bryan Singer has been walking around Los Angeles for the past few days, chatting with people and ostensibly healthy. Additionally, Bryan Singer’s parents (he was adopted at birth) are both in New Jersey. If one of them is so terribly sick, why isn’t he with them?

After Singer left the set claiming a health issue, someone filed a lawsuit claiming that he sexually assaulted a child. You can read more about it in this SOLVED blind item: When Your Publicist Abandons You.

Stelliott10 was first with the correct response!

There were several clues in this one. Yes, the singer/Singer clue was sneaky! Describing him as “mercurial” hinted at Freddie Mercury, the subject of Bohemian Rhapsody. Kudos to Afternoondelight for catching those clues! 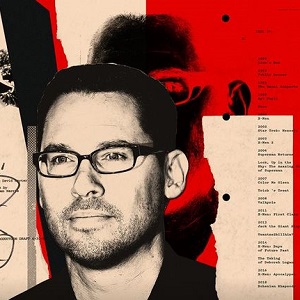 Bryan Singer is the subject of a new article in The Atlantic.

While Blind Gossip has talked about Bryan Singer many times over the years, this article does a good job of pulling together the stories of seven different young men and the impact that Bryan Singer’s predatory and horrific behavior had on their lives.

Nobody Is Going to Believe You

Singer’s most recent project debuted in November. Critics gave Bohemian Rhapsody—which chronicles the rise of the rock band Queen—only lukewarm reviews, but it earned more than $50 million in its opening weekend. By the end of December, it had brought in more than $700 million, making it one of the year’s biggest hits.

The film’s success should have been a triumph for Singer, proof of his enduring ability to intuit what audiences want. In January it won two Golden Globes, including the award for best drama. But Singer was conspicuously absent from the ceremony—and his name went unmentioned in the acceptance speeches. He had been fired by 20th Century Fox in December 2017, with less than three weeks of filming left. Reports emerged of a production in chaos: Singer was feuding with his cast and crew, and had disappeared from the set for days at a time.

Gregg Schneider, a now-estranged friend of Singer’s, says that he was with the director in London, and that Singer stormed off the set on November 21 and then didn’t leave his hotel suite for four days. Schneider describes Singer during this time as a “vortex of brokenness.”

At one point, Singer told Snider he was exhausted and asked that the production be delayed for more than a month—an extraordinary request on a major feature shoot, given salaries, schedules, and equipment and studio rentals. Snider angrily replied that she, too, was exhausted and told him to suck it up and finish the film. On November 26, Singer abandoned the movie entirely and returned to Los Angeles.

When Fox fired him a week later, Singer issued a statement saying that he had wanted to finish the film, but the studio had declined his request to delay production. He attributed his absences, in part, to “pressing health matters concerning one of my parents.”

Though it wasn’t yet public knowledge, Singer’s attorneys were again dealing with Jeff Herman, the attorney who had represented Michael Egan and the John Doe client. Herman was seeking a settlement for Cesar Sanchez-Guzman, the Seattle man who alleges that Singer raped him in 2003. “Bryan kept quiet about it at the time, but I could tell something was eating him up,” Gregg Schneider says.

According to multiple sources, Fox had no idea that the Sanchez-Guzman lawsuit was coming when the studio fired Singer. Still, Sanchez-Guzman’s claims shouldn’t have been much of a surprise. Almost from the moment his star began to rise, Singer, who is now 53, has been trailed by allegations of sexual misconduct.

As one prominent actor told us, “After the Harvey Weinstein news came out, everyone thought Bryan Singer would be next.”

Just as he lied about his disappearance from the set of Bohemian Rhapsody, Singer has lied many, many times over the years about his interactions with boys as young as 13.

The Atlantic article confirms Blind Gossip’s original blind item, but there is a lot more. It is well worth the read if you want to understand the magnitude of Bryan Singer’s atrocities.

Here is a link to the full article. It’s a long and heartbreaking story… but an important one.

Related: When Your Publicist Abandons You