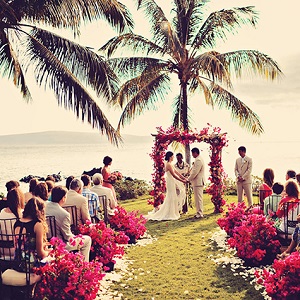 [Blind Gossip] The news that this actor/actress pair will soon be having a destination wedding surprised some of those who are close to the male half of the couple.

Really? He never even proposed to her but they’re supposed to be getting married in a few weeks? Last I heard, he was annoyed with her and was ignoring her calls and texts. I would be genuinely shocked if they got married.

I rather doubt it. I thought she was recently in rehab. He says that she is a mess but to be part of a couple is good for promotion. As none of his close friends have been invited, I cannot take [the wedding rumor] seriously.

Guess we’ll all find out soon enough if this wedding is real!

[Optional] Do you think they will get married?