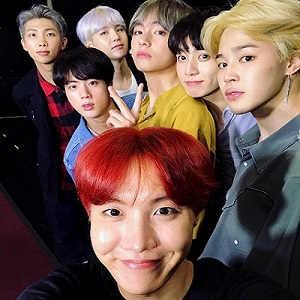 [Blind Gossip] It was so much fun to watch the South Korean boy band BTS perform at the American Music Awards last night!

This young female actress was especially eager to meet the hottest boy band on the planet. She singled out one of the boys and went over and introduced herself.

He said hello and was nodding and smiling at her, so she thought he understood what he was saying. She exchanged phone numbers with him and walked away thinking she had scored something valuable. She called a few minutes later, but it turns out he gave her the phone number of one of the team assistants!

The reason he gave her someone else’s number? He speaks no English!

They might never have a love connection… but wouldn’t it be great if he could just call and say, “I Need U, Girl”?

[Optional] Which young American female celebrity would you like to see date a BTS boy?