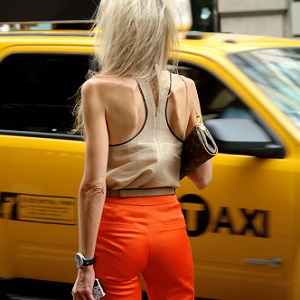 [Blind Gossip] This actress first got her start in popcorn films in the 1990s. She really was a classic, All-American beauty with a flare for comedic roles.

Her weight has always fluctuated. Right now she is very thin. Someone asked her a couple of weeks ago how much she weighs now. She was a bit vague and simply said, “under 100.” When the person expressed concern, our actress argued that it was the right weight for her because whenever she weighs more than 100, her face looks too fat.

[Optional] What do you think is the minimum healthy weight for a woman who is 5’5″ tall?

Anna Faris got her start in popcorn flicks like Lover’s Lane in the 1990s and Scary Movie in 2000. She has since established herself as talented comedic actress in both film (The House Bunny) and TV (Mom).

Anna Faris is adorable… but has gotten extremely thin in the past year or so!

Here she is with ex-husband Chris Pratt early in their marriage. Pratt was overweight (he has since slimmed down considerably) but Anna looked great and healthy: 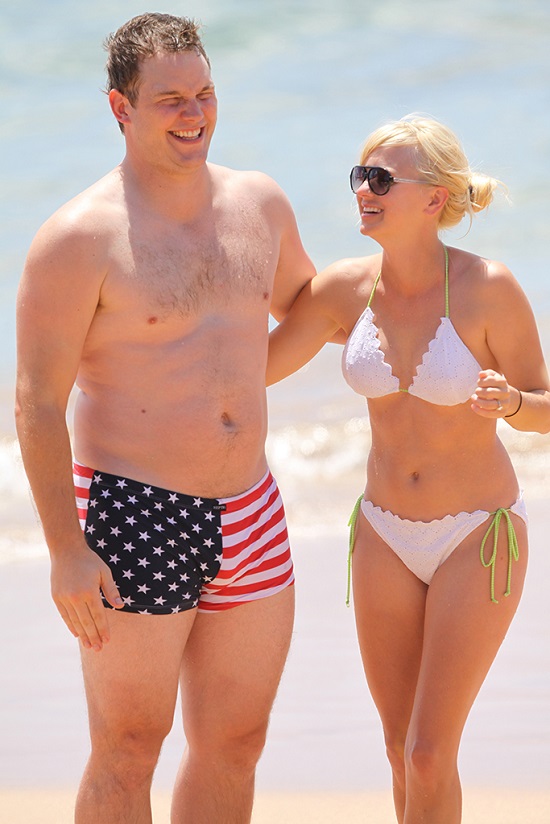 Anna’s weight has fluctuated for various reasons over the years (e.g. different roles, pregnancy, etc.), but yesterday she posted a photo on Instagram that really got people talking! 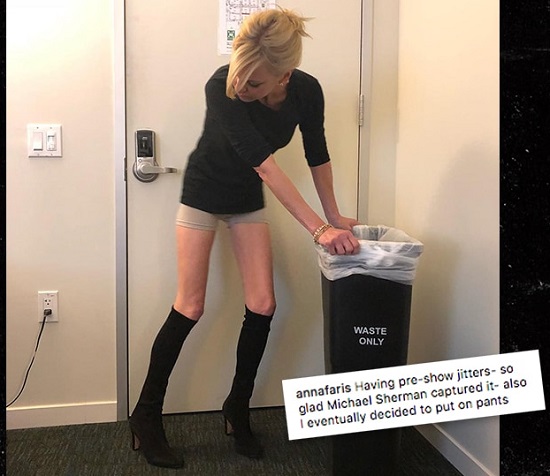 She got divorced this year, so she is likely feeling the stress. It is interesting, though, that she chose to post this photo herself, seemingly unaware of how thin she has become… or how the public would react. She pulled the photo down once she saw the shocked reactions.

We think Anna is beautiful, talented and very funny. Hope she finds a healthy balance soon!

Congratulations to FickleFingerOfFate for being first with the correct response!