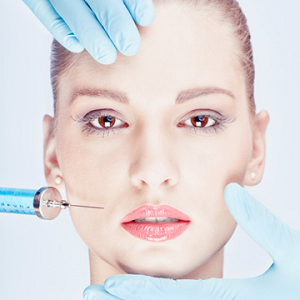 She always seems to always be running around shopping or taking walks or grabbing coffee.

She disappeared a few weeks ago.

We probably wouldn’t have even noticed it if we hadn’t received this tip on what happened to her.

She got some Botox to relax some lines on her face. She’s done it before but something went wrong this time.

The injection traveled someplace it wasn’t supposed to go and she wound up with a very droopy lid. Just on one eye. It looks weird, like one side of her face is falling down.

Yikes! That doesn’t sound good. Is it permanent?

No, it’s just temporary. The doctor told her it would wear off in about six weeks.

So by the time you see her again, she will look perfectly normal.

For those of you who have never had Botox, it’s a toxin that binds to nerve receptors. It prevents the nerve from reaching the muscle which is why that area “freezes” and can’t be moved.

Let’s say you want to get rid of those “11 lines” just above your nose. That’s called the glabella. 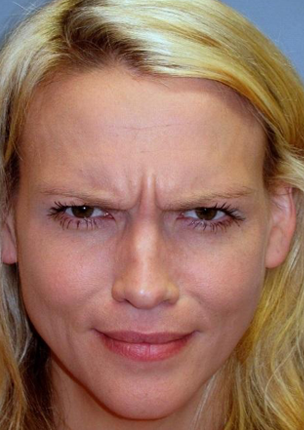 The doctor will inject Botox between the eyebrows to get rid of the lines. If it works, you will look like this. 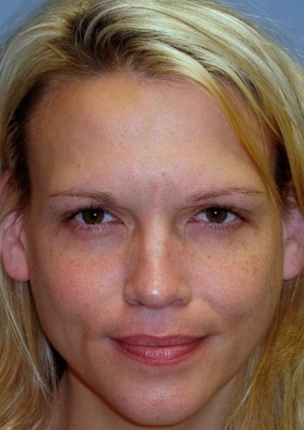 However, there is a chance that the Botox could seep into the upper eyelid and paralyze the nerve. Then you would look like this. 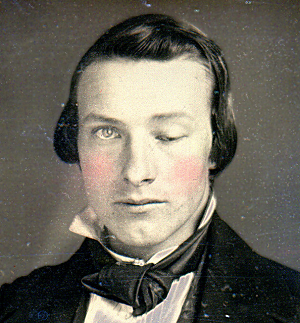 Okay, you probably wouldn’t suddenly change genders. But the point is that you could wind up with a droopy eyelid.

That drooping eyelid is called ptosis. Although this man with ptosis was photographed in 1852 – long before Botox was invented – you get the point.

Could you imagine the fuss if our beautiful movie star was photographed looking like this?

Now you know why she is lying low!

[Optional] Have you ever gotten injectables (Botox or fillers)? Did you like the result?