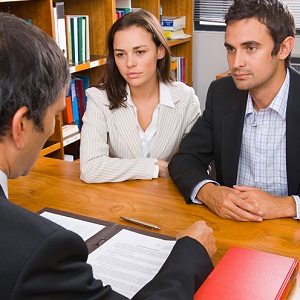 [Blind Gossip] There is a very strange dynamic going on in this family that became famous on TV!

The Wife is one of the stars of a reality TV show, so she is used to stirring up – or being the subject of – juicy gossip. Right now, her husband is in serious legal trouble.

They have a family attorney who has supposedly been trying to help The Husband.

There may be a problem, though.

Their lawyer really works for [The Wife] and has been very “close” to her for years. VERY close. I shouldn’t say any more than that. That’s the first problem.

[The Wife] doesn’t care if [The Husband] goes or stays. That’s why she doesn’t even show up to the hearings to make an emotional plea for him. That’s the second problem.

We’re not sure what is going on with The Lawyer and The Wife, but the two of them do seem to be very close.

Whatever the case, the whole dynamic among these three people does not seem to bode well for The Husband!

Similar: If Their Spouse Is Sent Away