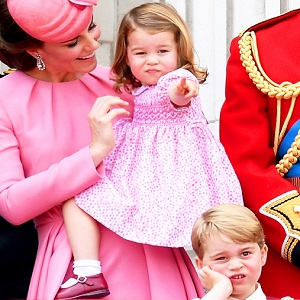 [Blind Gossip] We told you earlier about one couple that is battling over their kids and what’s best for them.

She’s kind of panicking because her fame has been built on being this super mom but he doesn’t want the kids to go on TV with her. You know who wants to watch her without her kids? No one! She needs them all around her to draw a TV audience. She’s looking at legal options but I don’t know if she can force them to be on the air with her. She might try some sort of financial bribe.

Nothing to do with the royal family. We just like the photo.

[Optional] Should he allow all of the kids to be on TV with her?

Kate Gosselin built her fame on being the super mom of eight children, including a set of sextuplets.

Kate, her haircut, and her now ex-husband Jon Gosselin starred on a popular TLC reality series called Jon and Kate Plus 8. 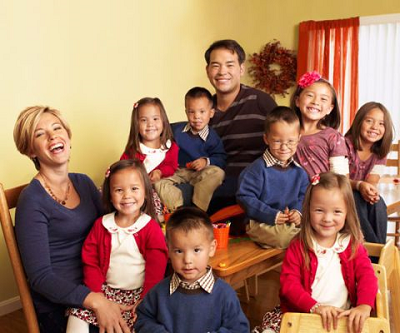 The show premiered in 2007. It ran for a couple of seasons. Then the couple got divorced.

The show continued to run off and on through 2017 under the new title Kate Plus Eight. New hair. No Jon. 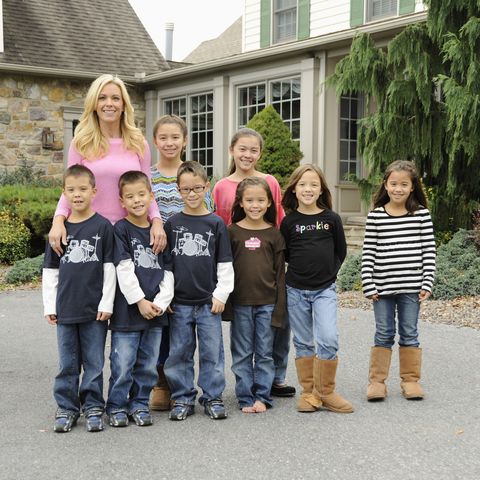 Fast forward and the couple has now been fighting over the kids for the past ten years. TEN YEARS.

Your friends at Blind Gossip told you that Jon did not want the kids to be on TV anymore. However, Kate knew that people tuned in to see the kids, so her doing a show without them – or with only a few of them – would likely not succeed.

Long story short, Jon got an injunction preventing Kate from filming with the kids.

Kate and TLC ignored it.

Reality star Kate Gosselin has been found in contempt of court after filming her kids without work permits, DailyMailTV can reveal.

Kate has been ordered to pay $1,500 in legal costs to her ex-husband Jon who pursued her in court over the breach and she’s also been slapped with strict conditions for any future filming.

We can also reveal the Kate Plus 8 star still owes Jon a further $25,000 in legal fees on a previous court tussle over filming.

Jon, 42, went to court after TLC defied a judge’s order barring the TV network from filming his and Kate’s children for reality show Kate Plus 8.

Kate and TLC clearly knew that what they were doing was illegal, yet filmed and aired the show anyway! 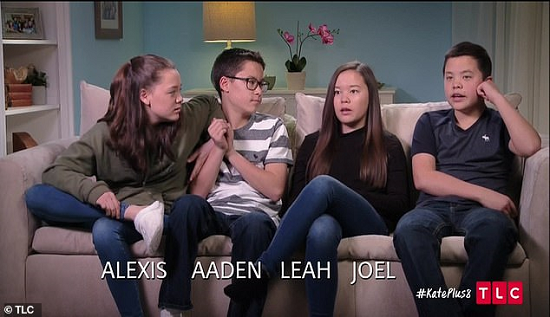 …In 2018 the Department of Labor denied filming permits and a judge also ruled that it was not in the ‘best interests’ of the Gosselin children to allow them to be filmed for the show.But network executives ignored the court order and went ahead anyway, filming the family at their home in Pennsylvania and on location in North Carolina.

Not all of the kids appeared on the show.

Their other kids Mady and Cara, 19, are now adults and 15-year-old Hannah and Collin live with Jon and weren’t filmed.

Here is a picture of Hannah and Collin, who now live with Jon and were not filmed. 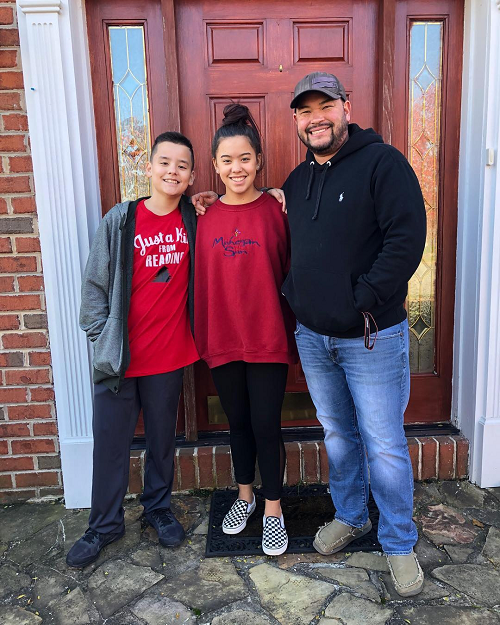 The important things to note here are that the family is completely broken… the kids have chosen up sides… and Kate and TLC are so desperate to get a show on the air that includes the children that they tried to do an illegal end run around the legal system.

Now she will pay.

If you are interested in the Gosselins and are up to reading a disturbing blind item from 2018 about Kate’s relationship with one of her sons, read The Shuffled Child. 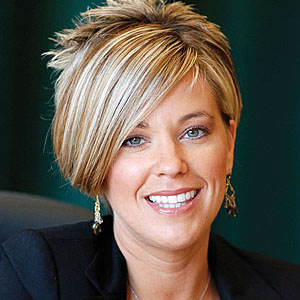 There are no words.

Congratulations to Tashia for being first with the full correct response!