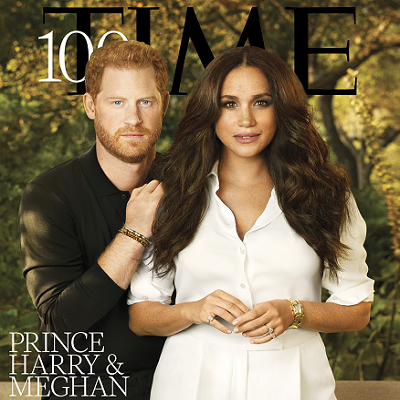 [Blind Gossip] Let’s talk about a famous boy bander and his new girlfriend!

It’s the girl who is leaking the info.

This relationship reminds us of the time when Meghan Markle first started dating Prince Harry.

She had asked her friends to help her date a “rich English man.” Once she started dating Harry, they supposedly agreed to keep their relationship as quiet as possible to protect their privacy.

Well, except Meghan took it upon herself to get photographed by paparazzi walking down the street wearing a necklace with the letters “H” and “M” on it. 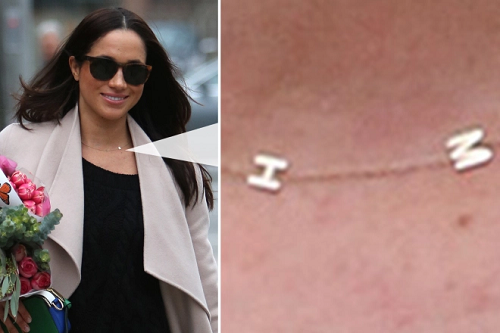 Now the whole privacy issue is moot as they are both constantly in the media.

Here are Prince Harry and Meghan Markle on the cover of the most recent issue of Time Magazine. 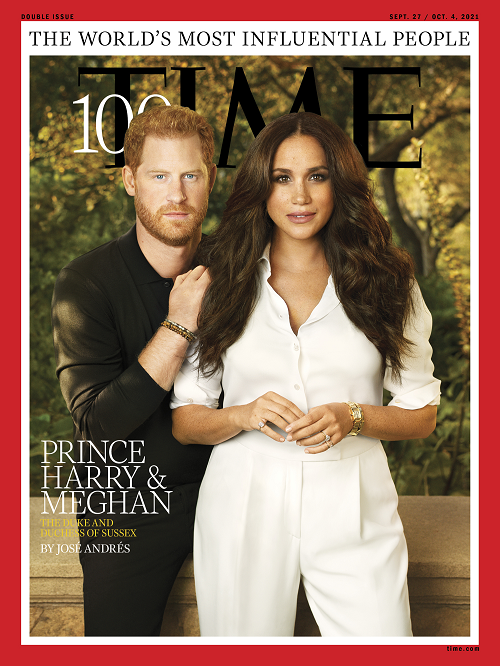 You can talk about wanting privacy all you want, but it takes two people to make it happen.

If the less famous member of the couple wants to be more famous, they will find a way to seek attention.

That is similar to what is going on here.

A young woman – who is such a minor celebrity that you wouldn’t even know her name – really wanted to date “a famous boy band” member.

She eventually did meet one and they started hanging out together.

He is very concerned about privacy and has neither said nor done anything publicly to confirm that they are dating.

She, however, has been unable to contain herself!

She has been leaking material that points to them dating.

Although it’s difficult to find a photograph of the two of them together, she has taken photographs of herself in his garden.

She has also taken photographs of herself wearing his clothes.

She has also sent copies of private text messages with him to her friends.

Yes, she is about as subtle as Meghan Markle with that H & M necklace!

And you just know she would love to make the cover of a magazine with her boybander!

While she simply refers to the boy bander as “my boyfriend” on her own social media accounts, his fans seem to know exactly who she is talking about.

Now, she could be some fantasist who is just pretending he is her boyfriend for social clout. He has millions and millions of followers, so being associated with him would certainly bring her career more into the spotlight.

However, remodeling her own garden to match his, buying the same specific clothes he has worn in photos, creating mundane text messages from him, etc. would be a pretty extreme move.

He apparently doesn’t know that she is doing any of this and would probably be annoyed if he found out.

We don’t know how serious they are. This could just be a summer fling for him.

If you follow boy bands, it shouldn’t take you more than five seconds to guess which group and which group member we are talking about! 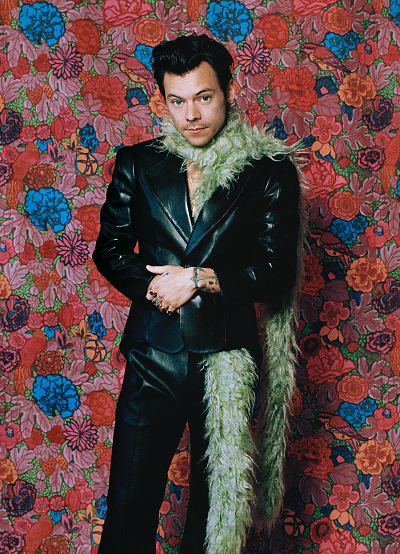 Similar: Her Temper Was Not Bottled Up

[Optional] What do you think of the cover photo of Meghan Markle and Prince Harry on Time Magazine?