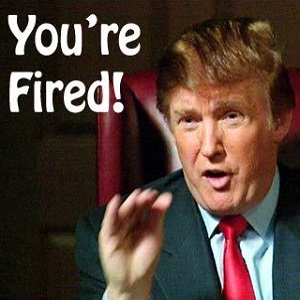 [Blind Gossip] Lots of spin and lies around this woman leaving the cast of a daytime show. Want an inside view into what REALLY happened? Of course you do!

The entire day was very tightly scripted. We had worked with [Guest’s] team to create a list of approved questions. Each question was assigned to a specific cast member to be asked in a specific order. Everyone knew exactly when to ask their question, what [Guest’s] answer was going to be (yes, we knew the answers in advance), when to laugh and when to be serious. Like I said, totally scripted. Everyone was warned not to go off script for any reason.

During the interview, [Cast Member] went off script. That threw everyone off. Yes, [Guest] was annoyed. You know who was even more annoyed? [Complaining Cast Member], because she didn’t get to ask all of the questions she was assigned!

That’s pretty much it. [Host] is now mad at [Complainer] and is calling her “My #1 Enemy.” Those two now hate each other! The producers will drag [Off-Script] in the press and say that she got fired for reasons that had nothing to do with the interview. That’s a lie.

This marks the first time the producers of this show have ever lied about why a cast member is leaving the show.

Ha! The producers of this show ALWAYS lie when someone leaves! The messiness continues!

Complaining Cast Member who got her fired: