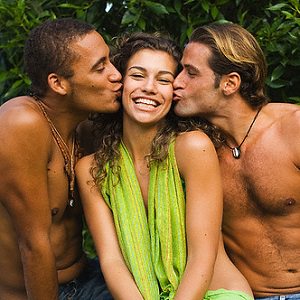 [Blind Gossip] There is a blockbuster summer movie for which promotions will begin in the next couple of weeks.

Two of the stars of the film are young and attractive. They are friendly with each other, but of course the producers and publicists want to make it look like a love connection to augment the story line of the film. Accordingly, they are cooking up some faux romance rumors about how they fell for each other during filming and how amazing it is that they have kept their romance a secret until now.

You’ve seen this many times before, so you already know what to expect.

Their “romance” presents a bit of a sticky problem, though. Two problems, actually.

The first problem is that if they pair her with [the actor], they might have to keep them together for several years.

The second problem is that [the actress] had a casual agreement to be paired up with [an athlete] this fall. They are currently “just friends.”

Actor for the summer, athlete for the fall, and then get back together with the actor again for the next film? Yikes. That’s way too messy. It will be interesting to see what happens.

[Optional] Better to pair her with the actor or athlete? Both? Neither?