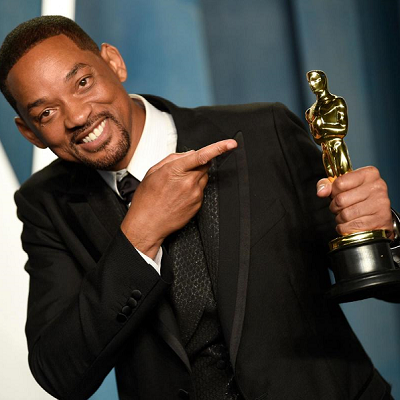 [Blind Gossip] This famous actress was trying to have a fun night at the Oscars.

Her good mood was definitively tempered by two events.

I ran into her at the [redacted] after-party and asked her if she was okay.

She knew that [her ex] was going to be celebrated at some point in the night. She knew it was going to be awkward so she just chose to look away and dig in her bag when it happened. She was prepared for that.

Why would she need to look away? Because her ex – a famous actor – was not nice to her when they were dating.

What she was not prepared for was Will Smith’s assault on Chris Rock.

To say she was horrified would be an understatement. She is uber sensitive to male violence and she was very upset to witness it on a night that was supposed to be fun.

She was also unhappy that some people were laughing about it like it was a form of entertainment.

After the MeToo movement, The Academy of Motion Picture Arts And Sciences set up a Code of Conduct that is supposed to apply to all Academy members.

AMPAS even tweeted “The Academy does not condone violence of any form.”

AMPAS is “categorically opposed to any form of abuse, harassment or discrimination” and expects members to uphold the values “of respect for human dignity, inclusion, and a supportive environment that fosters creativity.”

Yet Will Smith was not arrested for assault. Nor was he ejected from the venue. Nor was he disqualified from receiving an award.

He went on to receive a trophy to the cheers of the audience… give a speech about love… and then party the night away.

What does Actress think should happen?

She said she is not going to respond to any questions from the press about it because she doesn’t want to scream about the hypocrisy. That should tell you how she feels.

We’ll see what happens to Will Smith.

We hear her, though, on the hypocrisy.

Similar: A New Romance Rumor Does Not Hurt

[Optional] What do you think SHOULD happen to Will Smith? What WILL happen?