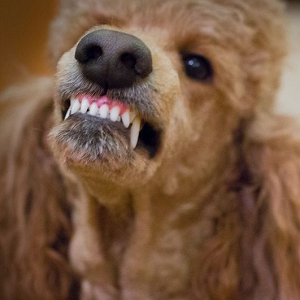 They engage hair and makeup professionals, style themselves to the nines for photos, and work with publicists to say the right thing in interviews.

That public image is so important that they know how important it is to keep their guard up.

That’s why it is always a bit surprising to hear about them letting down their guard so completely in private in ways that could seriously damage them.

This female celebrity has had a fascinating dating history. She has had relationships with famous athletes, musicians, and actors.

Her most recent relationship was with a very wealthy man.

Given his wealth, she thought that there was mutual trust to guard each other’s privacy.

He was always nice to her and generous so she thought she could trust him. First he asked her for a photo of this or a photo of that. It was pretty harmless. Next thing you know she’s doing what are practically short films.

These were all supposedly solely for his pleasure.

They were for him. There was never any talk of him selling them or publishing them.

So, she should not have to worry about the photos or videos getting out there, right?

Now she realizes that he was manipulating her. Even though they broke up, he still has these things and he is holding them over her head. That is his way of controlling her. If he wants her to fly in for the night, she can not refuse him.

This may explain those mixed reports that they broke up/that they still spend time together.

Both could be true. 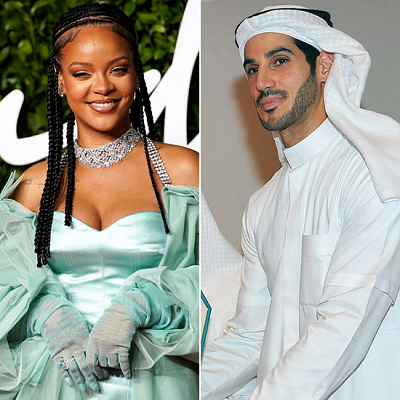 And… it’s official. Rihanna and Hassan Jameel have broken up!

She found love … but it didn’t last. Rihanna and Hassan Jameel, her boyfriend of nearly three years, have split, a source tells Us Weekly exclusively.

The singer and the businessman, both 31, were first linked in June 2017. However, a source told Us weeks later that the duo had “been hooking up for a few months.”

The pair kept their relationship mostly private, but Rihanna opened up about the romance in a June 2019 profile with Interview magazine. She admitted at the time that she was “of course” in love with Jameel, but she hesitated to nail down marriage plans. “Only God knows that, girl,” she said. “We plan and God laughs, right?”

Rihanna later brought her family — including mother Monica Braithwaite and her brother — along to a date night with Jameel. The group dined at Mason restaurant in Santa Monica in August 2019. “They were there for a good few hours of the night until dark,” an eyewitness told Us at the time. “At one point, Rihanna and Hassan were arm in arm.”

The “Work” songstress addressed speculation that she was expecting her first child in October 2019.

“Rihanna, do you hope to have a baby soon?” Vogue editor-in-chief Anna Wintour asked in a video interview.

Rihanna kept her future plans vague. “I don’t think about stuff like that. But, I don’t know … God’s plan,” she responded, laughing. “I look forward to all of the pregnancy rumors after this interview.”

The Ocean’s 8 star previously dated Chris Brown and Drake. Jameel was married to art critic Lina Lazaar from 2012 to 2017.

Rihanna has dated some famous men over the years, including Ryan Phillippe, Drake, Josh Hartnett, and Chris Brown.

Here’s a sweet photo of her with Chris Brown. 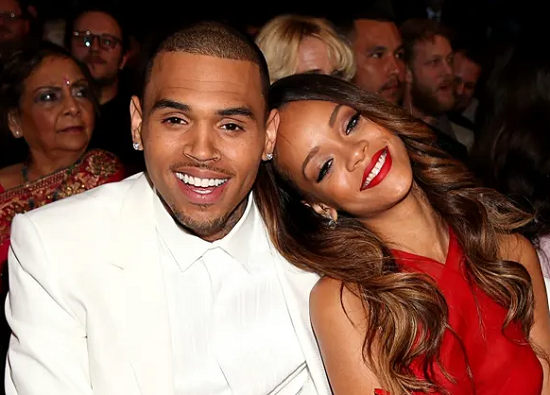 Except… that relationship didn’t end so well. 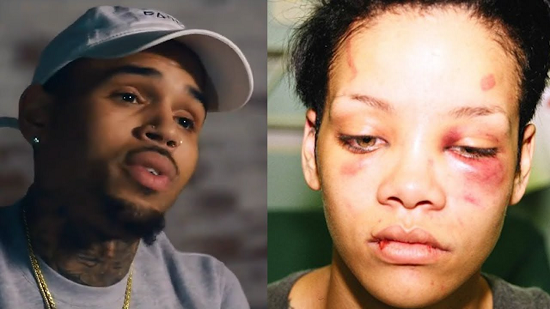 Believe it or not, Rihanna defended Chris Brown after this!

That is the reason we are always worried about Rihanna getting involved in a controlling relationship again.

Rihanna’s relationship with Jameel, a a Saudi businessman, began in 2017.

Rihanna’s appearance changed a bit during her relationship with Jameel. She put on a little weight, wore baggier clothes, and carried bags in front of her stomach. 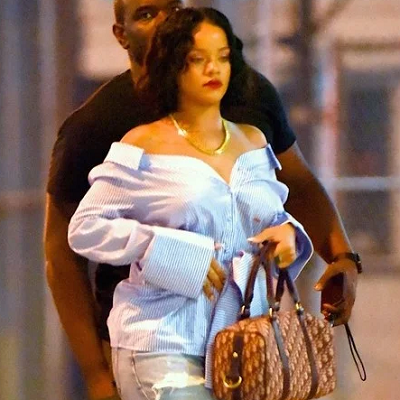 While Rihanna’s weight has always fluctuated by a few pounds, this time the weight gain and the baggy clothes sparked wide-ranging speculation that she was depressed/converting to Islam/pregnant/whatever. 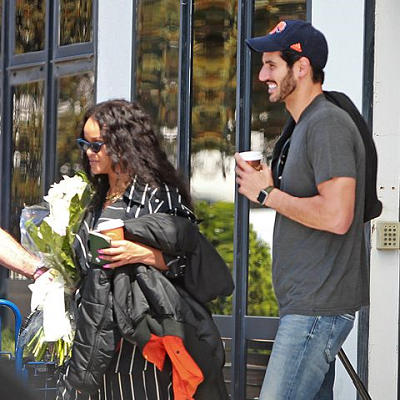 We’ll never know if any of those things were true as the relationship is over now.

At least Rihanna still has her dog to keep her warm. 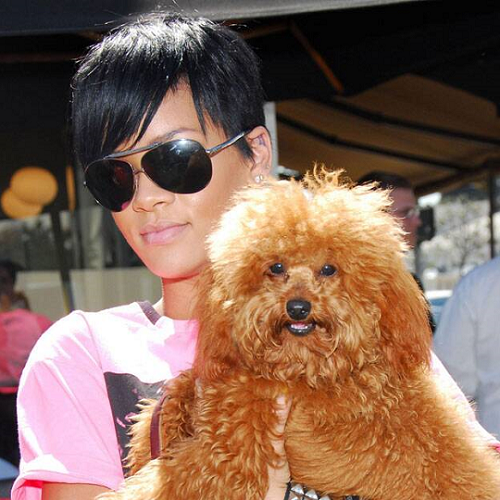 Rihanna’s dog, Oliver, is a poodle mix. He looks much friendlier than the dog in our original blind item!

Let’s hope our Riri moves onto a happier place.

And that she is not “obligated” to her ex in any way.

And that she stays away from Chris Brown.

Congratulations to Leapfrog for being first with the correct response!